Kremlin keeps its grip in elections, but critics make gains 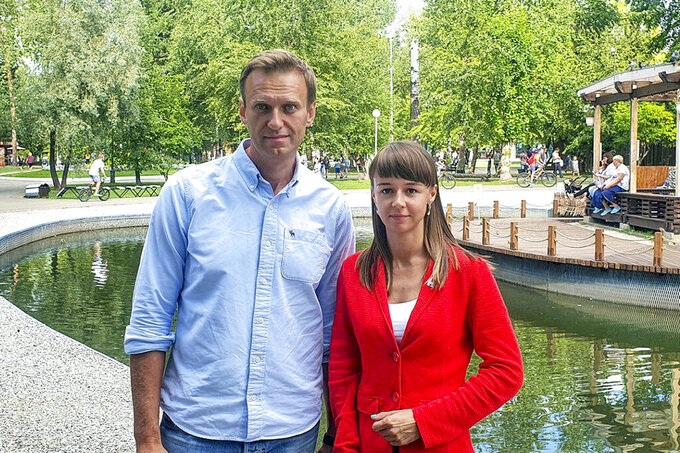 MOSCOW (AP) — The main Kremlin party has retained its dominance in regional elections across Russia, but the opposition made gains in some areas in a challenge to Russian President Vladimir Putin, according to early official results released Monday.

Sunday’s vote was an important test for Navalny’s supporters, who were campaigning to win seats in several regional legislatures.

Navalny, who fell ill on a domestic flight in Russia on Aug. 20, was rushed to a hospital in Germany. Specialist labs in France and Sweden have confirmed German findings that Navalny was poisoned with Novichok. Navalny’s associates have accused the Kremlin of ordering the poisoning, a claim Russian officials have vehemently rejected.

Last week, the hospital treating Navalny said his condition has improved, allowing doctors to take him out of an induced coma.

In the city of Novosibirsk, which Navalny visited days before falling ill, the head of his regional headquarters, Sergei Boiko, won a seat in the city council.

The main Kremlin party, United Russia, which Navalny has contemptuously dubbed a “party of crooks and thieves,” lost its majority on Novosibirsk's city council, according to the preliminary returns.

And in Tomsk, the Siberian city Navalny departed from when he collapsed on the plane to Moscow, his representative Ksenia Fadeyeva also secured a city council seat.

She thanked voters for their support, tweeting that “it was important to win after what happened.”

“Navalny was poisoned in Tomsk, and this is the best counterblow from our headquarters,” top Navalny associate Ivan Zhdanov said on Twitter.

In many regional races, Navalny's supporters have pushed a “smart voting” strategy, urging voters to support the candidates who have the best chance of defeating those who run on United Russia tickets, irrespective of their political affiliation.

That approach seemed to work in some of the races, with candidates with the Communist Party, socialist-oriented Just Russia and the nationalist Liberal Democratic Party posting gains in several regions.

However, the impact of those wins is yet to be seen as the three parties are nominally in opposition but usually toe the Kremlin's line on all key issues in the federal parliament.

Before the main election day, polls were open for two days of early voting — a new practice that independent observers said could open additional avenues for manipulations.

The independent vote-monitoring group Golos said that in some regions election officials barred observers from polling stations and restricted their access to voting results.

The regional elections were a key test for the Kremlin after the July 1 constitutional vote that could allow Putin to stay in power until 2036. While the plebiscite was intended to consolidate his hold on power, it was tarnished by widespread reports of pressure on voters and other irregularities.

Putin, who has been in power for more than two decades — longer than any Kremlin leader since Soviet dictator Josef Stalin — argued that resetting the clock on his tenure to allow him to serve two more six-year terms was needed to prevent a succession battle between his lieutenants. He said he would decide later whether to run again.

Putin's popularity reached a peak after Russia's 2014 annexation of Ukraine's Crimea but dwindled steadily in the following years under the impact of economic woes and the government's unpopular decision to raise the retirement age. Plummeting incomes and rising unemployment during the coronavirus outbreak further dented Putin's approval ratings.

In a challenge to the Kremlin, residents of the city of Khabarovsk on the border with China, have staged regular rallies for two months to protest the arrest of the local governor.