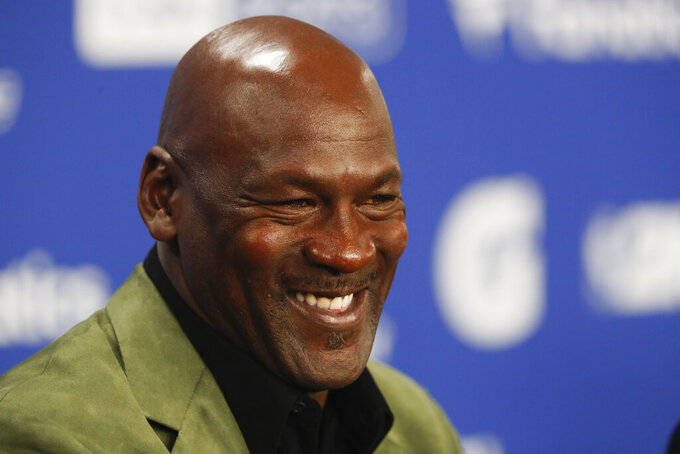 Jason Hehir was a kid in the stands in Boston Garden on April 20, 1986, the day that Michael Jordan scored a playoff-record 63 points.

It was a Christmas gift from his father, who stuck a note promising “Two tickets to the Air Jordan Show” in his stocking that holiday season. It’s a gift Hehir will never forget, though his current seat for another Jordan show of sorts is considerably better.

Hehir is the director of the ESPN and Netflix production “The Last Dance,” a 10-part documentary series that debuts April 19 and tells the story of Jordan’s final Chicago Bulls season in 1997-98 that culminated in a sixth NBA title. Hehir's task: Take 10,000 hours of archived footage, add interviews with more than 100 people, and turn it into about 8 ½ hours of television.

“I wouldn’t call it a challenge,” Hehir said. “I would call it a privilege.”

The series was moved up two months to provide content-starved fans with something new to watch during the coronavirus pandemic. ESPN was originally planning to release the documentary in June, coinciding with what would have been this season’s NBA Finals.

It will run over five Sundays ending May 17, with two one-hour broadcasts each week.

“I’m happy if we can bring a little bit of light to people in a dark time here,” Hehir said. “Sports are such an indelible part of our cultural fabric and lacking that ... there’s a significant hole in enjoyment that people feel, the escape that people can feel from everyday life that sports brings us.”

The accelerated launch has only added to a hectic time for Hehir and his team.

There has been much anticipation about the documentary, which in Hehir’s mind came together much faster than such a project usually does.

“Normally, to do an hourlong archival documentary from start to finish, it takes about a year from the inception of the idea to the research to doing all the shooting to getting it all together, storyboarding it out, mapping it out, editing, getting notes back, it takes about a year,” Hehir said. “We’re doing 10 of those. And we had a little bit over two years to do it so we’re already working at five times our normal rate.”

The pandemic further complicates matters. Hehir and his team are finishing things up while separated, connecting through Zoom meetings but largely in isolation at their own laptops to get the last pieces of the story ready to air.

The documentary goes deeper than just 1997-98, though that season is the overriding theme. It also serves as a retrospective of Jordan’s basketball life, from his college days at North Carolina through his rise atop the NBA.

Hehir knows there is an ongoing buildup and anticipation surrounding the documentary, and still feels nervousness. He met with Jordan several times over the course of the project, including three sit-down interviews that are part of the documentary.

“I hope that people will like it as much as we did,” Hehir said.