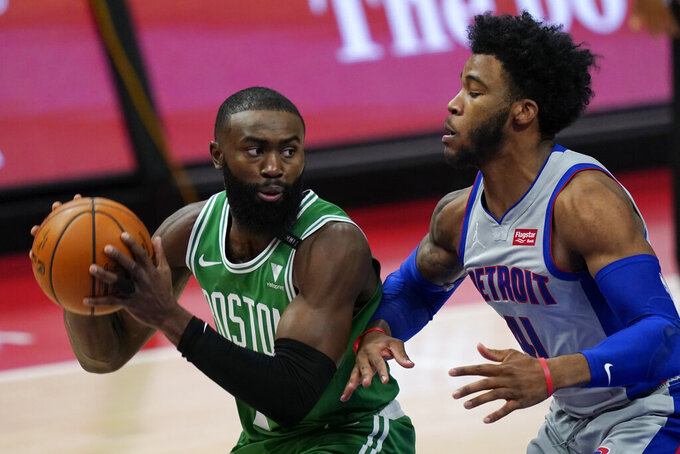 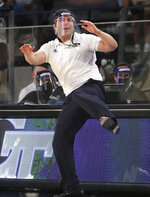 The Boston Celtics listed seven players as unavailable for Sunday’s game against the Miami Heat in accordance with the NBA’s health and safety protocols that were installed to deal with the coronavirus pandemic.

That’s the most any team has been without because of virus-related issues so far this season but does not necessarily mean any of the affected Celtics tested positive.

A pair of other Celtics are injured, which leaves Boston with the minimum eight players available on Sunday.

Players having to miss multiple days is a very real possibility even if they were exposed to someone with the virus. Boston plays at Chicago on Tuesday and then returns home for matchups against Orlando on Wednesday and Friday.

Georgia Tech has called off its third straight men’s basketball game because of COVID-19.

The Yellow Jackets (6-3, 2-1 Atlantic Coast Conference) were set to host Pittsburgh (6-2, 2-1) in Atlanta on Wednesday. But the game has been postponed because of positive tests within the Georgia Tech program. No makeup date has been determined.

The Yellow Jackets haven’t played since a Jan. 3 victory over Wake Forest. They also postponed games at Notre Dame and Louisville over the past week.

This will be the second straight postponement for the Panthers, following this past Saturday’s scheduled home game against Florida State.

Georgia Tech is now set to resume Saturday at N.C. State. The Panthers will have a 10-day layoff before their next game, also Saturday at home against Syracuse.

The Vancouver Canucks have canceled their training camp practices and workouts due to potential exposure to COVID-19.

The Canucks said in a release that Sunday's cancellation was made “out of abundance of caution” and provided no further details.

The Canucks’ decision comes as NHL teams gear up for an abbreviated 56-game season that is set to start Wednesday, when the Canucks are scheduled to visit the Edmonton Oilers.

Vancouver is the fourth team to have its training camp affected by COVID-19.

The Dallas Stars announced Friday six players and two staff members had tested positive for during camp, while the Columbus Blue Jackets kept some of their roster off the ice due to possible exposure.

On Saturday, the Pittsburgh Penguins canceled practice for the same reason.

The governments of the five Canadian provinces where the NHL has a presence have given approval for Canadian teams to play at their home arenas this season.