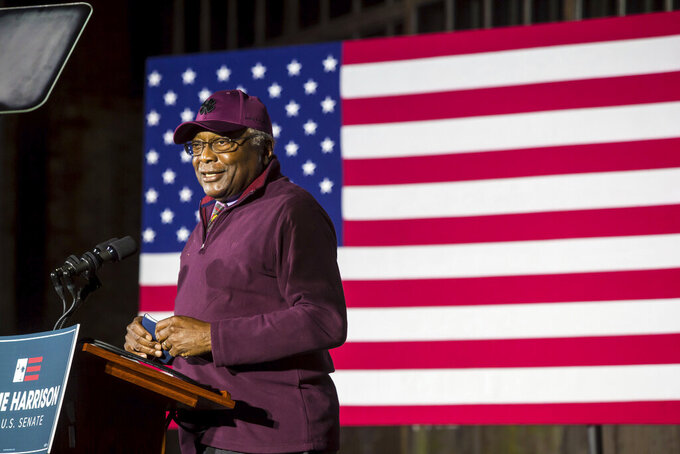 A bipartisan group from the last three White Houses is urging the Trump administration to move forward “to immediately begin the post-election transition process.”

The call from the Center for Presidential Transition advisory board comes as the General Services Administration has yet to formally recognize Democrat Joe Biden as the president-elect. That’s a necessary move to free up money for the transition and clear the way for Biden’s team to begin putting in place the transition process at agencies.

“This was a hard-fought campaign, but history is replete with examples of presidents who emerged from such campaigns to graciously assist their successors,” members of the advisory board said in a statement.

Former President George W. Bush says the American people “can have confidence that this election was fundamentally fair, its integrity will be upheld, and its outcome is clear.”

He says in a statement that “no matter how you voted, your vote counted.” And Bush says President Donald Trump has the right to request recounts and pursue legal challenges, with any unresolved issues to be “properly adjudicated.”

Bush says now is the time when “we must come together for the sake of our families and neighbors, and for our nation and its future.”

Bush says he's spoken with Joe Biden and thanked the president-elect for what Bush says was “the patriotic message” in Biden's national address on Saturday night after being declared the election winner.

Bush says in a statement that while he and Biden have political differences, the former president says he knows Biden “to be good man who has won his opportunity to lead and unify our country.”

HERE’S WHAT YOU NEED TO KNOW ABOUT THE TRANSITION

Democrat Joe Biden has defeated President Donald Trump to become the 46th president of the United States. The inauguration is in January.

— Trump, who never admits defeat, mulls how to keep up fight

— Message of Election 2020: Trump lost, but Trumpism did not

— Fight for Senate control awaits in Georgia after Biden’s win

WHAT ELSE IS GOING ON:

Joe Biden began his first full day as president-elect the same way he does nearly every Sunday, heading to church near his home.

Biden entered St. Joseph on the Brandywine in Wilmington, Delaware, shortly after the start of 10:30 a.m. Mass. He typically arrives a bit late and leaves a few minutes early so the presence of Secret Service agents doesn’t bother other attendees.

It felt like any other Sunday, except for a huge swarm of media camped near the church entrance — having anticipated Biden’s arrival.

Biden entered with his daughter, Ashley, and his grandson, Hunter, the son of the president-elect’s late son, Beau, a former Delaware attorney general.

Biden has no other public events on his schedule but is expected to swiftly move to begin appointing key members of his team for the transition to the White House, including a chief of staff.

Donald Trump is spending his first day as a lame duck president golfing.

Trump arrived at his Virginia golf club just before 10 a.m. on Sunday for the second day in a row. He was welcomed by several protesters, including one who held a sign that read, “Orange Crushed.”

Trump was also on the golf course Saturday when The Associated Press and other news outlets called the race for his Democratic rival, Joe Biden, because he had won enough votes to deny Trump a second term.

Trump has yet to concede the race and is continuing to baselessly dispute the results even though there is no evidence of widespread fraud.

Biden deputy campaign manager Kate Bedingfield announced the two public health experts would lead the task force during an appearance on NBC’s “Meet the Press” on Sunday. Murthy and Kessler have been part of a group of experts and doctors that have briefed Biden on the pandemic for months throughout the campaign.

Murthy served as surgeon general during President Barack Obama’s second term, and Kessler was FDA commissioner in the 1990s and now serves as board chair at the Centers for Science in the Public Interest.

Biden said during his victory speech Saturday night that he’d unveil the full COVID-19 task force on Monday. They’ll be tasked with taking the proposals he’s released during the campaign for dealing with the pandemic — which include investments in personal protective equipment and loans for small businesses as well as plans to implement more standardized public health guidelines — and turning them into a “blueprint” that he’ll enact when inaugurated president next January.

Biden made President Donald Trump’s mishandling of the pandemic a central focus of his campaign against the Republican and pledged if elected to make combating the pandemic his top priority.

Utah Sen. Mitt Romney says that President Donald Trump is within his rights to pursue recounts and legal challenges in close races that decided last week’s election but urged Trump to dial back his rhetoric.

Romney told NBC’s “Meet the Press” that he thought it was unlikely that a recount or legal challenges will change the outcome and suggested Trump “be careful in the choice of words.”

The Republican senator, who has been a frequent critic of Trump’s, says when a president says an “election was ‘corrupt’ or ‘stolen’ or ‘rigged,’ that that’s unfortunately rhetoric that gets picked up by authoritarians around the world.”

Romney, who was the GOP’s 2012 presidential nominee, added that Trump’s language also “discourages confidence in our democratic process here at home.”

The highest-ranking Black member of Congress says President Donald Trump should concede the presidency to President-elect Joe Biden, although he says it’s more crucial what the rest of the Republican Party does in the wake of the 2020 election.

U.S. House Majority Whip Jim Clyburn of South Carolina told CNN on Sunday that the GOP “has a responsibility here” and that he’s watching to see “whether or not the Republican Party will step up and help us preserve the integrity of this democracy.”

Clyburn also said he sees the United States as “teetering” following Trump’s term, advising that “we had better get a hold of ourselves and this country and stop catering to whims of one person.”

Clyburn also talked about his endorsement of Biden ahead of South Carolina’s early primary, a nod that helped boost Biden to win that contest, gain momentum and ultimately clinch the nomination. Saying the field was full of good candidates, Clyburn said he “came to the conclusion that Joe Biden was our best bet.”

President-elect Joe Biden will launch an “agency review teams” this coming week. It’s the group of transition staffers that have access to key agencies in the current administration to smooth the transfer of power.

The teams will collect and review information such as budgetary and staffing decisions, pending regulations and other work in progress from current staff at the federal departments.

The teams are meant to lay much of the groundwork so that the thousands of new staffers and appointees who will take over in January will have a road map and guidelines for how to continue the federal government’s work without pause, and how to shift the departments toward Biden’s priorities.

Biden’s campaign launched a transition team in May, and they’ve been working alongside designated staffers in President Donald Trump’s administration on transition planning for months. But the agency review process begins in earnest after a new president is elected. Biden has just over 10 weeks to prepare before he is inaugurated.

On Monday, he plans to announce a team of scientists and experts that will work to craft a coronavirus response plan that can be enacted when he takes office.