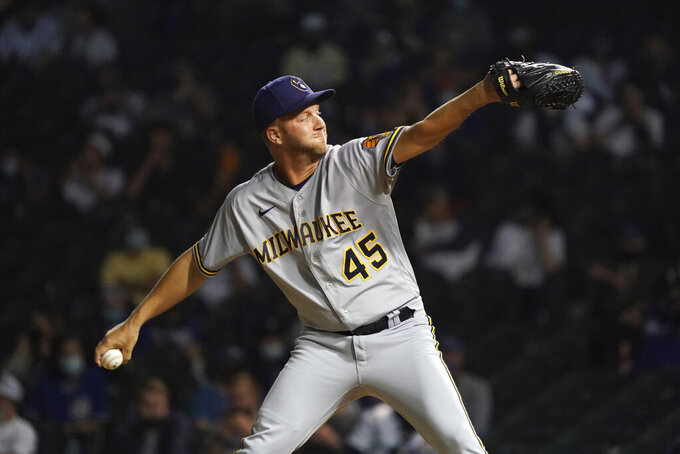 The NHL’s Vancouver Canucks say 25 members of the organization have tested positive for the coronavirus, including 21 players. The team was shut down last week, and it’s uncertain when it will play its next game.

In a statement attributed to team doctor Jim Bovard and infectious disease doctor Josh Douglas, the Canucks say the COVID-19 cases stem from a variant of the virus that was traced by Vancouver Coastal Health back to one individual contracting it in a public setting.

Four staff members also tested positive for the virus, another player is considered a close contact, and the entire team remains in quarantine.

The Canucks had a league-high 18 players on the COVID protocol list Tuesday, the second most all season behind only the New Jersey Devils’ 19 on Feb. 8 and 9. The team says 18 roster and three taxi squad players tested positive, and those on the taxi squad do not have to be listed publicly.

Vancouver has had additional players added to the protocol list the past six days since Adam Gaudette was its only player on the list on March 30-31.

Gaudette was joined in the protocol by Travis Hamonic on April 1, with the numbers jumping to seven players the following day.

Tailgating wasn’t permitted for the team's first home series as part of their pandemic-related protocols. The Brewers said tailgating will be permitted again starting with Monday’s game against the Chicago Cubs.

Brewers officials say the move has the support of the Milwaukee Health Department.

Tailgating will be allowed at single vehicles for fans sitting in the same seating pod, but fans will need to remain in the immediate vicinity of their vehicle. Parking gates will open 2½ hours before 6:40 p.m. weeknight games and three hours before all other games.

Tailgating has long been a pregame tradition for Brewers fans who take advantage of the large parking area surrounding the ballpark.

The LPGA Tour says the final event of its three-tournament Asia swing has been canceled. The Blue Bay LPGA on Hainan Island in China was scheduled for May 13-16, following tournaments in Singapore and Thailand.

The LPGA said the the cancellation was due to current health concerns and travel restrictions from the COVID-19 pandemic, and the decision was guided by the China Golf Association, which oversees all golf events in China.

It is expected to return to the schedule in 2022.

Golf's European Tour says the French Open has been postponed because of COVID-19 restrictions the government announced last week. The tour says it will work with the French golf federation to try to reschedule it.

The French Open was scheduled for May 6-9 at Le Golf National, which hosted the 2018 Ryder Cup.

The tour said given the travel of players, caddie and TV production personnel coming from an average of 25 countries, it was best to postpone.

The tour said it would try to fill what is now a vacant spot on the schedule.