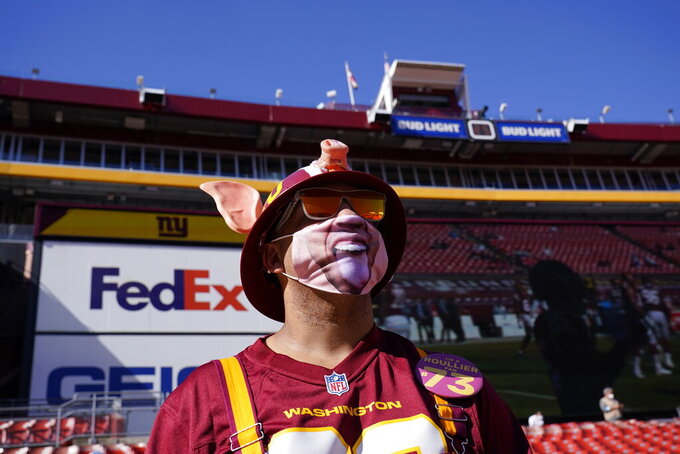 The Latest on the effects of the outbreak on sports around the world:

The Atlantic Coast Conference says Sunday’s women’s basketball game between No. 2 Louisville and North Carolina has been postponed.

The league announced Friday night that the postponement was due to positive COVID-19 tests, quarantining and contact tracing within the Cardinals program. The team is adhering to protocols outlined by the league.

There is no immediate update on when the game will be rescheduled.

Louisville is coming off a win at Duke on Wednesday night and was set to host the Tar Heels.

A makeup football game between No. 9 Miami and Georgia Tech has been canceled after the Yellow Jackets said they wouldn’t be able to meet the Atlantic Coast Conference’s COVID-19 guidelines.

Georgia Tech athletic director Todd Stansbury made the announcement less than 24 hours after the Yellow Jackets played what turned out to be their regular-season finale, losing to Pittsburgh 34-20.

He said the school informed Miami and the ACC that it wouldn’t be able to play the Dec. 19 game at Hard Rock Stadium after receiving a report from its chief medical officer, Dr. Angelo Galante.

The ACC said it was informed by Georgia Tech that the school would not be able to meet several of the guidelines set by the league’s medical advisory group.

The game was initially scheduled to be held Nov. 21, but had to be postponed because of COVID-19 issues within the Miami program.

The Hurricanes are set to host North Carolina on Saturday in another makeup game that will apparently be their regular-season finale.

Syracuse's women’s basketball game Sunday against Binghamton has been canceled after a positive COVID-19 test within the Binghamton program.

The 20th-ranked Orange are set to resume play Dec. 17 at North Carolina.

Pittsburgh is skipping bowl season, becoming the second Atlantic Coast Conference school in as many days to pull out of the postseason so players can spend the holidays with their families.

The Panthers finished off their regular season 6-5 following a 34-20 win over Georgia Tech on Thursday night and were in position to claim one of the ACC bowl spots. The team voted to end its season instead, a decision athletic director Heather Lyke and head coach Pat Narduzzi said they fully supported.

Boston College announced on Thursday it would not play in a bowl. The Panthers joined the Golden Eagles on Friday, citing the extraordinary efforts by the players over the last six months to play amid a pandemic.

"Our football student-athletes’ sacrifice and commitment have been extraordinary,” Lyke said. “This season has been an especially taxing experience, physically and mentally, on and off the field. ... We are thankful and proud of how they handled the past six months and want them to have a well-deserved restful holiday season with their families and loved ones.”

Pitt's season was disrupted last month when the team's initial visit to Georgia Tech, scheduled for Nov. 14, was pushed back to Thursday due to a COVID-19 outbreak among the Panthers.

The George Mason men’s basketball team has reworked its schedule. With the Patriots pausing activities, their home game Dec. 16 against Coppin State has been canceled.

George Mason will add a game against VMI on Dec. 21 and its matchup with Towson will be moved back a day to Dec. 23.

The Richmond women’s basketball team is pausing all activities after its latest COVID-19 testing results and the requisite contract tracing.

The school says it will not play its next two scheduled games, against St. Francis on Dec. 13 and at Norfolk State on Dec. 17, while following the guidance and protocols of university health officials and the Virginia Department of Health.

Washington’s NFL team says it is reversing course and banning fans from attending its last two regular-season home games because of the coronavirus pandemic.

The club tweeted Friday that its games against the Seattle Seahawks on Dec. 20 and against the Carolina Panthers on Dec. 27 would be played without spectators.

Washington’s stadium, which is in Landover, Maryland, had been open to limited friends and family for games, then allowing up to 3,000 fans per game starting last month.

But now the club says it “must remain diligent in protecting our staff, players, fans, and the community as the region continues its fight against COVID-19.”

Washington is 5-7 and in contention for the division title in the NFC East.