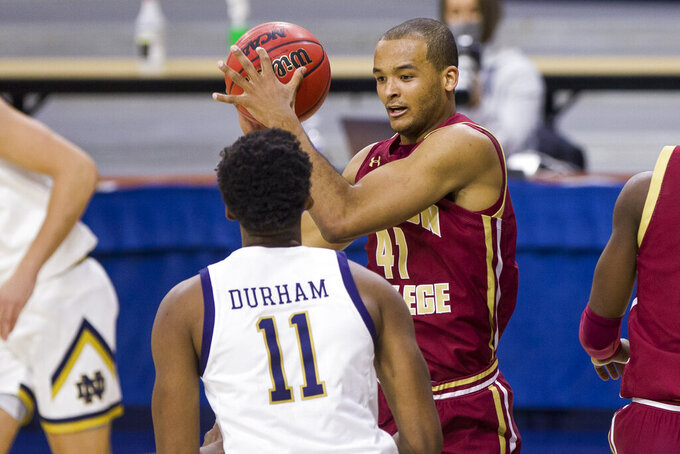 Washington’s game Friday at the Milwaukee Bucks has been postponed by the NBA because the Wizards have too few players available due to coronavirus issues.

It is the Wizards’ sixth consecutive game that was scrapped.

The team had six players test positive for COVID-19 and three others sidelined after contract tracing determined they might have been exposed to the illness.

Washington hasn’t played since Jan. 11. It was allowed to resume practice Wednesday night.

The NBA said the game that was supposed to be at Milwaukee on Friday was “postponed due to the number of unavailable players for the Wizards, contact tracing for other players on their roster, and the length of time preceding the game during which the team was unable to practice.”

The NBA has postponed Wednesday night's game between Memphis and the Trail Blazers in Portland because of contact tracing with the Grizzlies.

The league said the Grizzlies would not have the required eight players available because of ongoing contact tracing. The Grizzlies flew to Portland on Tuesday after beating the Phoenix Suns on Monday without Jonas Valanciunas because of NBA protocols. That can mean a positive COVID-19 test, an inconclusive test or potential exposure to someone who tested positive.

That was the second time this month that Valanciunas was flagged by league protocols. He was pulled at halftime of Memphis’ game against Brooklyn on Jan. 8 but played the Grizzlies’ next game Jan. 11 against Cleveland.

Memphis also beat Philadelphia on Saturday night before t he NBA postponed the 76ers’ game Sunday night at Oklahoma City because Philadelphia didn’t have the required eight available players due to contact tracing.

The postponement follows a positive COVID-19 test, subsequent quarantining, and contact tracing within the Boston College men’s program. The team is adhering to ACC protocols. No makeup date was given.

The conference also said Pittsburgh's men's game at Wake Forest scheduled for Sunday, Feb. 7, will move to this Saturday evening.

Washington’s NFL team says it has closed its practice facility “for several days” after employees of the organization tested positive for COVID-19.

The club’s statement Wednesday did not identify the names or jobs of those who have the illness or say exactly how many positive tests there were. The team did say those people “have now quarantined” and the staff currently is working from home during the offseason.

This season, only two players for Washington tested positive for the illness caused by the novel coronavirus.

Washington finished with a 7-10 record after losing in the first round of the NFC playoffs to the Tampa Bay Buccaneers 11 days ago.

The NHL has postponed games for the Carolina Hurricanes through “at least” Saturday after five Hurricanes players have been placed on the league’s COVID-19 protocol list.

The league announced the postponements Wednesday, a day before the Hurricanes were set to host the Florida Panthers in their home opener. The teams were scheduled to play again Saturday afternoon.

Along with the postponements, the league said the Hurricanes’ training facilities have been closed and will remain that way for players “until further notice.” The league is reviewing and revising Carolina’s regular-season schedule.

This is the second straight postponement involving the Hurricanes, with their game at Nashville on Tuesday called off in the NHL’s first postponement since the season began. The league didn’t specify which team prompted that night’s postponement in either announcement, though four Hurricanes players — Warren Foegele, Jordan Martinook, Jaccob Slavin and Teuvo Teravainen — were added to the daily COVID-19 list later Tuesday afternoon.

Captain Jordan Staal had been on the list since Friday, with the Hurricanes losing at Detroit on Saturday, then winning at Nashville on Monday in that span.

The league’s statement said the team has followed recommended health and safety guidelines.

The College of Charleston has postponed its remaining four games in January due to a positive coronavirus test in the Cougars program.

The school and the Colonial Athletic Association said Wednesday that Charleston’s games at William & Mary on Saturday and Sunday, and its games at James Madison on Jan. 30 and Jan. 31, would not be played as scheduled.

The league said a decision on playing the four postponed contests would be made at a later date.

Charleston’s next game is set for Feb. 6 at home against Towson.

Georgetown’s men’s basketball game at Xavier scheduled for next week has been postponed because of a coronavirus-related issue in the Hoyas’ program.

The game was supposed to be played Tuesday. No makeup date was announced immediately.

This marks four games in a row called of for Georgetown because of COVID-19 and six overall this season.

Coach Patrick Ewing’s team is 3-8, 1-5 in the Big East. Georgetown has lost its last five games.

Its next scheduled game is Jan. 30 against visiting Providence.

The U.S. Men’s Clay Court Championship in Houston has been scrapped for the second year in a row because of the coronavirus pandemic.

The cancellation is part of a series of changes to the men’s tennis calendar announced by the ATP on Wednesday.

The Houston tournament was supposed to be played April 3-11.

It was among the dozens of professional tennis events scrapped in 2020 while the tours were on hiatus for several months.

Until then, the U.S. Men’s Clay Court Championship had been held every year since 1929.