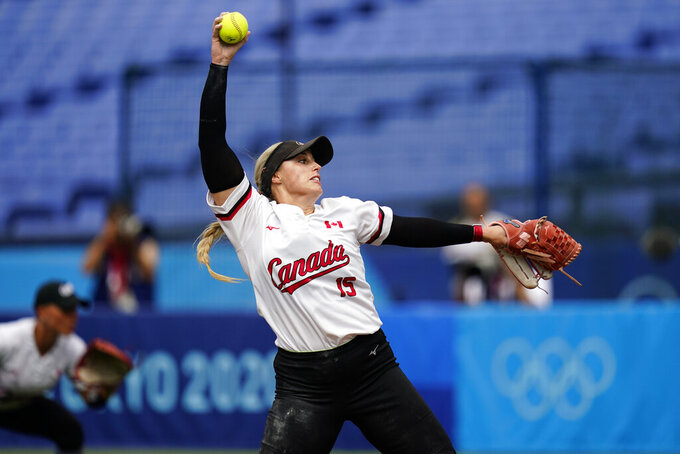 “I think the one thing that my dad and mom, mostly my dad, instilled at a young age is just that competitive piece,” Lawrie said. “And Brett and I were constantly battling all the time, whether it was doing the dishes or playing baseball.

"For a young kid, we trained a lot. And now that I'm a mom, I don't know if I would put my kids through that. But it's also what made the woman that I am today, is that constant grind. I mean, we would go on camping trips and we would be having to go and train at crack — 8 a.m., getting up and going to train. So it's just the little things that have been instilled in us.”

“Brett is as loyal as ever,” Danielle said. “He's been watching every single game this week on the edge of his seat, so it's been kind of cool to know that even though he's out of the game now, he's still family through and through, and I'm not in this position if it's not for my family, at all."

Canada will play for the bronze medal on Tuesday.