LEADING OFF: Patriots' Day at Fenway, Twins still on pause 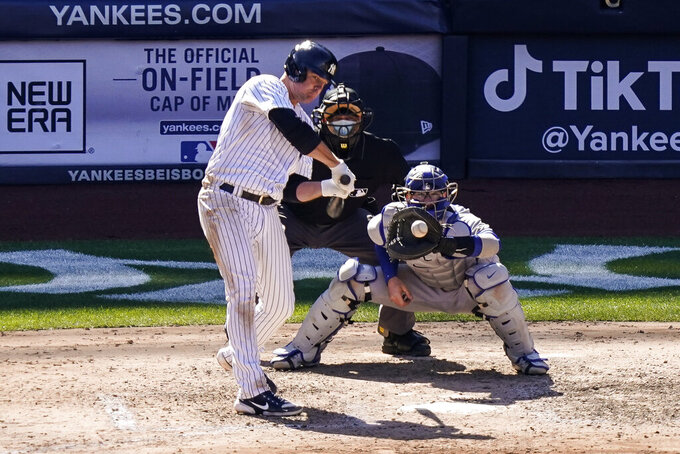 A look at what’s happening around the majors on today:

The White Sox and Red Sox begin at 11:05 a.m. at Fenway Park in the annual Patriots’ Day game. Could mean early-morning batting practice for J.D Martinez and José Abreu.

The event usually coincides with the Boston Marathon -- in past years, fans in the Green Monster seats would turn around to catch a glimpse of the leaders while others headed over after the final out to cheer on the runners in Kenmore Square, about a mile from the finish line. This year, the famous race has been moved to Oct. 11 due to the pandemic.

The Twins will continue coronavirus testing and contact tracing with the hope of getting back on the field Tuesday for a doubleheader at Oakland.

Minnesota had games against the Angels in Anaheim on Saturday and Sunday postponed. The Twins-Athletics game Monday also was called off.

Atlanta star Ronald Acuña Jr. left a game Sunday at Wrigley Field with pain in his lower abdominal muscles, an issue that arose after he dove back into first base on a pickoff attempt. The Braves are off Monday before opening a series at Yankee Stadium on Tuesday, giving the dynamic outfielder a day to see if the discomfort will subside.

Acuña is off to a terrific start this year, batting .433 with seven homers and 16 RBIs heading into the series finale against the Cubs. The outfielder also had scored a major league-high 20 runs coming into Sunday.

Atlanta has been hit hard by injuries early in the season. Pitchers Max Fried, Drew Smyly and Sean Newcomb and outfielders Cristian Pache and Ender Inciarte have been placed on the 10-day IL since Wednesday.

Rays left-hander Josh Fleming is set to pitch the series opener at Kansas City in front of his own personal rooting section.

The 24-year-old Fleming is from Bridgeton, Missouri, on the other side of the state in the St. Louis area. He’s expecting about 12 family members and 25 friends for the game. Many of them have not seen him pitch since 2018 at Bowling Green.

“Any time I hear screaming, here I’ll know it’s going to be from there,” he said.

Fleming’s parents will be on hand. They were forced by the pandemic to watch his debut on television at a hotel across from Tropicana Field but did attend World Series games.

San Francisco manager Gabe Kapler returns to Citizens Bank Park for the first time since being fired as Philadelphia’s skipper.

“I’m looking forward to seeing people. It’s not going to be the easiest thing with the COVID protocols. But I plan on getting a little bit of time with some people I grew close to during my time in Philly.”

What kind of reception does he expect from fans?

“Making that prediction, I just don’t know where to begin,” he said. “I did the best job I could every day. It didn’t work out. We didn’t win enough. That ultimately is the bottom line.”

Jay Bruce has called it a career.

The three-time All-Star who was with the Yankees this season announced his retirement Sunday, 15 days past his 34th birthday. Bruce received an ovation when shown on the Yankee Stadium video board before the eighth inning but did not get in the game, a 4-2 loss to Tampa Bay that was New York's fifth straight defeat.

“Just the consistent underperformance for me,” he said, his voice quavering at times. “Felt like I wasn’t able to do it at a level that was acceptable for myself.”