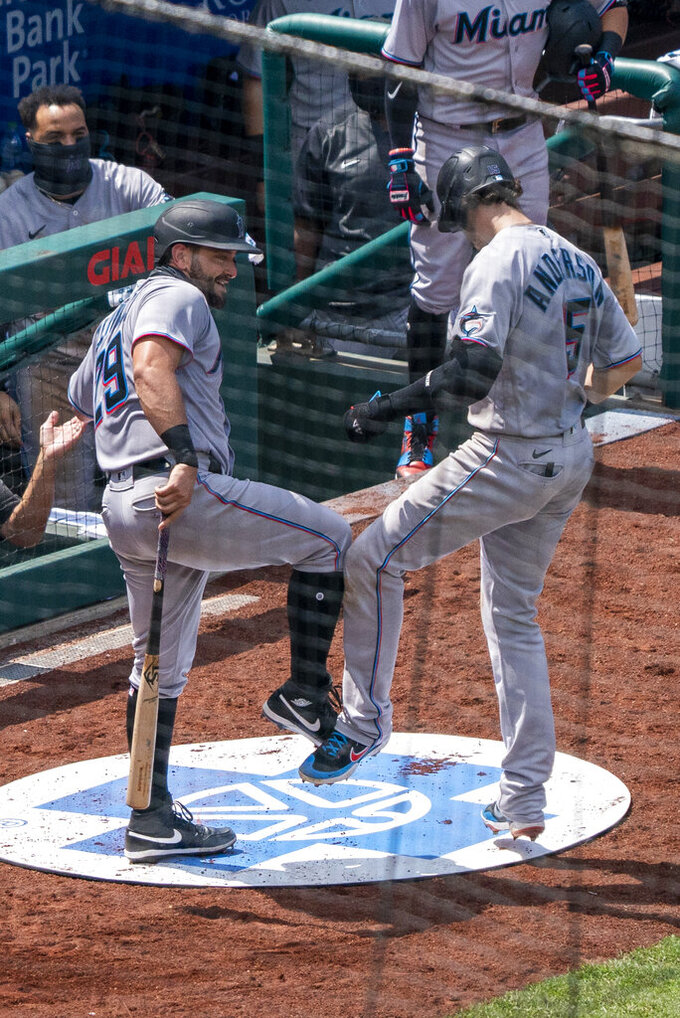 The Miami Marlins and Cincinnati Reds are waiting to see how COVID-19 affects them heading into the second series of the season.

Miami scratched right-hander Jose Urena from his scheduled start Sunday in Philadelphia and delayed its postgame trip home because of concerns about a coronavirus outbreak within the team.

The Marlins planned to arrive in Miami hours before their home opener against Baltimore, unsure how many players might remain quarantined in Philadelphia.

The Reds were without second baseman Mike Moustakas and center fielder Nick Senzel for a 3-2 loss to the Tigers in Cincinnati. Both felt sick a day after teammate Matt Davidson went on the injured list after testing positive for the coronavirus.

“This is all new,” manager David Bell said of the uncertainty. “As everyone knows around the world right now, it’s a big deal, what we’re all dealing with.

Toronto starts the second leg of its 60-game away-from-home season.

The Blue Jays lost to the Rays 6-5 in 10 innings in St. Petersburg, Florida, on Sunday, dropping two of three in the series. They're opening the first of four games in Washington, the last two of which will be designated as Toronto “home” games.

Toronto will play most of its home games at Sahlen Field in Buffalo, where a Triple-A ballpark is being upgraded. The Blue Jays won't play in Buffalo until Aug. 11.

It's a familiar situation for Corey Kluber, who is dealing with more medical issues.

The right-hander threw only 18 pitches in his Rangers debut Sunday against Colorado before leaving with shoulder tightness. The two-time Cy Young Award winner hadn't made a start in nearly 15 months as he recovered from a broken forearm and other issues.

The 34-year-old pitcher will be evaluated on Monday.

Red Sox pitcher Eduardo Rodriguez is awaiting results of additional tests after doctors recently discovered an issue with his heart they believe is a result of his bout with COVID-19.

The 27-year-old left-hander tested positive for the coronavirus before the start of summer camp, but was cleared and returned to workouts on July 18. An MRI revealed a condition called myocarditis that the team’s medical staff felt was serious enough to shut him down for at least a week. He has been restricted from baseball activities since July 23.