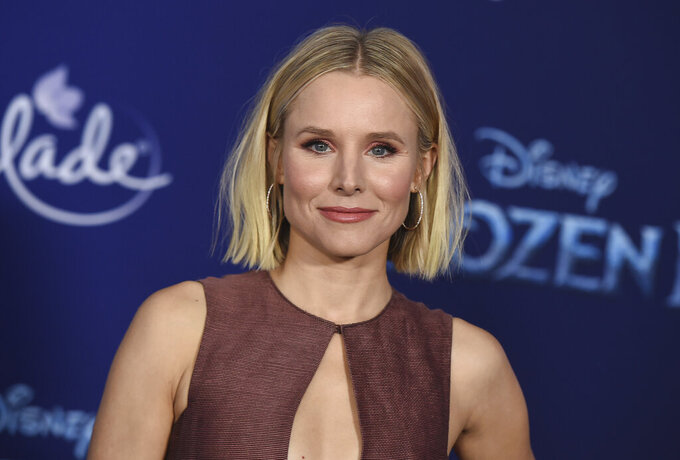 FILE - In this Nov. 7, 2019 file photo, Kristen Bell arrives at the world premiere of "Frozen 2" in Los Angeles. The International Academy of Digital Arts and Sciences announced that Bell is among the 2020 Webby Award winners for the home internet celebration, dedicated to honoring individuals and organization who are using the internet in response to the coronavirus pandemic. (Photo by Jordan Strauss/Invision/AP, File) 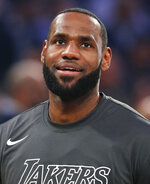 The International Academy of Digital Arts and Sciences announced the winners Tuesday.

Fallon’s “The Tonight Show Starring Jimmy Fallon” won a Webby for best social media for promoting a celebrity, while James was honored for his ESPN’s “Welcome to Bron Bron Land,” which took home the best user interface award.

This year’s Webby From Home is dedicated to honoring individuals and organizations who are using the internet in response to the coronavirus pandemic.

Kristen Bell won for helping children understand the pandemic, while DJ D-Nice won artist of the year for his #ClubQuarantine sets on Instagram Live. Avi Schiffmann, a 17-year-old from Washington state, was honored for launching an early COVID-19 tracking database and site. John Krasinksi was also honored for his “Some Good News” show, which was created to uplift spirits after the pandemic.

Google and National Geographic won the most awards with 14 each. NASA came away with the best overall social presence.

Other winners included Spotify, The Washington Post, ESPN and The Associated Press, whose environmental series “What Can Be Saved?” was the People's Voice Winner for documentary video.

This story has been corrected to show Fallon’s win was for social, not website, and that the celebration is called Webby from Home, not Webby Home Internet Celebration.