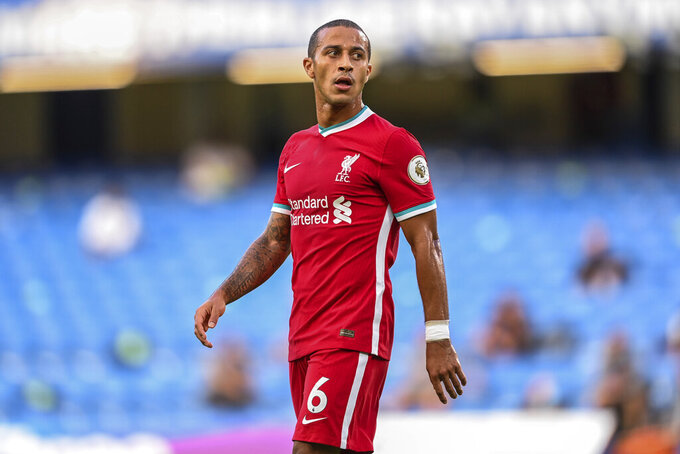 The 29-year-old Alcantara, who joined the Premier League champions from Bayern Munich this month, will now self-isolate for at least 10 days as required by authorities.

The Spaniard made his Liverpool debut in a 2-0 Premier League win at Chelsea but missed Monday’s 3-1 victory over Arsenal.

In Tuesday's statement, Liverpool did not say when the test was taken. The Premier League announced Monday that 10 people had contracted COVID-19 after 1,595 players and club staff members were tested in the seven days through Sunday.

Three of those cases came at West Ham, including manager David Moyes.