Lives Lost: Brothers journey from rural Mexico to life in US 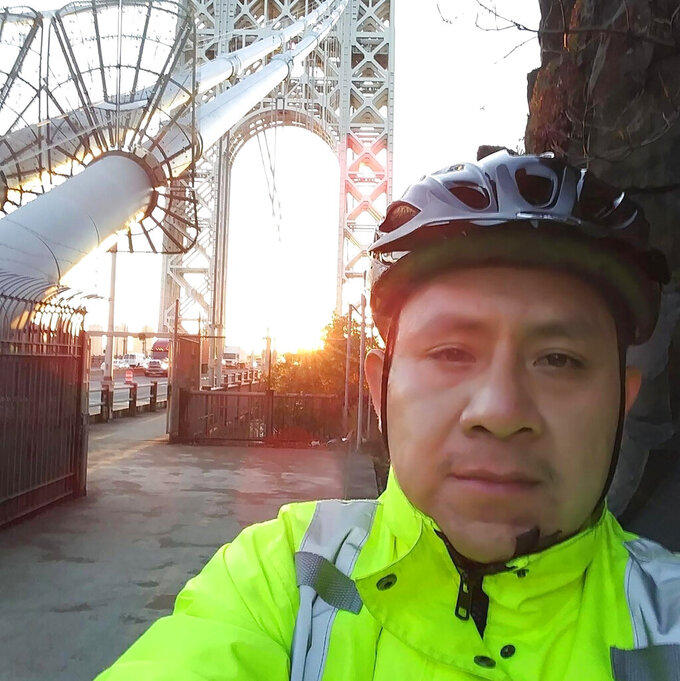 In this undated selfie, Martin Morales stands in front of the George Washington Bridge, which crosses the Hudson River between New Jersey and New York. Morales loved to ride his bike around northern New Jersey when he had some time to himself. To his family, this selfie is a reminder of just how far he had journeyed, from a remote village in southern Mexico to follow his older brother Javier to a new American life. Then, the new coronavirus extinguished both their lives, just a day apart. (Martin Morales/Courtesy of Sheila Cruz-Morales via AP) 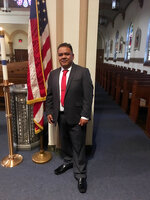 To drivers on the George Washington Bridge, Martin Morales probably looked like just another weekend warrior in his windbreaker and bicycle helmet, out for a ride in the suburbs across the river from New York City.

To his family, though, a selfie Morales snapped with the bridge towering overhead during one of the rides he loved is a reminder of just how far he had journeyed — from a remote village in southern Mexico to follow his older brother, Javier, to a new American life.

Then, the coronavirus extinguished both their lives, just a day apart.

On April 6, Javier Morales, who immigrated to the U.S. about 30 years ago and eventually became a citizen, died of complications from the infection at a New Jersey hospital. He was 48. The next day, the virus took the life of Martin Morales, who was 39.

“Javier was the first one to immigrate ... He was chasing the American dream,” said Sheila Cruz Morales, whose mother is a first cousin to the two men. Martin followed nearly a decade later, joining his older brother in Teaneck, New Jersey.

“They wanted to be near each other and he really tried to adapt the same way that my uncle Javier did,” she said.

In New Jersey, the brothers lived in apartments one floor apart, together with others from Santa Catarina Yosonotú, a village of about 1,800 people in the Mexican state of Oaxaca.

In the village, about five hours drive over mountain roads from the state capital, hardly anyone has a phone and internet service is even more rare. Calling family from the U.S. means dialing a telephone kiosk and telling whoever answers who you’re trying to reach. It works because the village, where people speak the indigenous language of Mixtec, is as close-knit as it is remote.

“We all know each other,” said Rogelio Morales, 32, a cousin who followed Javier and Martin Morales to the U.S.

Javier Morales left the village around 1990 after his father was shot and killed in a business dispute, family members said. He started off picking fruit in California before eventually settling in New Jersey, where a man he knew from the village already lived.

He married, raised a daughter who is now a medical assistant, and worked as a truck driver for a company that rents furniture for special events. Over the years, he assisted more than a dozen others who immigrated from Santa Catarina, helping them find work and housing.

“He was the security, the light that we all had here,” Rogelio Morales said.

Martin Morales followed his older brother to the U.S. when he was 17. Quieter than Javier and interested in politics, he worked in a warehouse. He and his wife were parents of three children. Martin bought bicycles for each, leading family rides through the neighborhood and savoring his own solo excursions.

On weekends, it was not unusual to find the brothers in the driveway, taking care of their pickup trucks and playing with the children. They celebrated nearly every birthday, holiday and other family occasion together, Cruz Morales said.

Soon, Javier Morales hoped, there would be a new reason to celebrate. He was divorced, but was planning to marry again — to a woman he had courted during return visits to Santa Catarina.

Javier’s final visit came in March when, he and Rogelio Morales traveled back to the village for a religious festival. They returned to the U.S. feeling worn out and chalked it up to jet lag and partying. But 10 or 11 days later, Javier Morales sought care at one hospital, then another. Isolated from family and on a ventilator, he died on a Monday. His brother, ill and despondent, died at home the following day.

In the time since, the family has been working to find a way to send their remains back to Santa Catarina. The men’s mother still lives there and family members said the brothers' pride in its culture and identity as descendants of Oaxaca’s original inhabitants remained essential to their character, even after years away.

“His hometown was very, very special to him,” Cruz Morales said of Javier Morales.

And “it’s in our belief that for us to rest peacefully, we have to be in our homeland and we have to rest with our ancestors.”