Loeffler to return to campaign after negative COVID-19 test 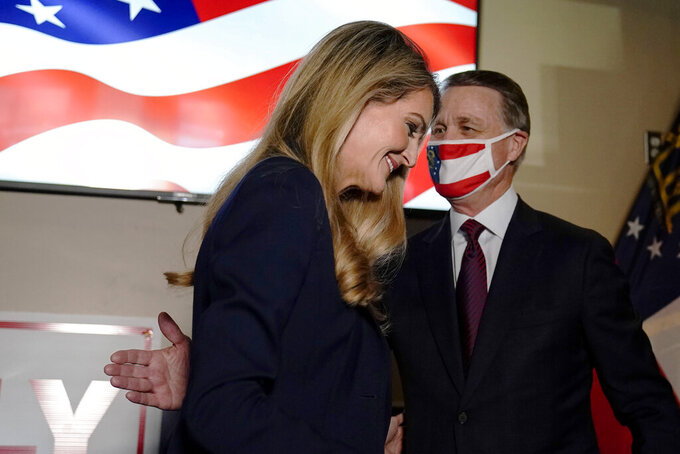 ATLANTA (AP) — U.S. Sen. Kelly Loeffler said Monday that she will return to public campaigning after she got a second straight negative coronavirus test.

The Georgia Republican is facing a Jan. 5 runoff in one of the state’s twin U.S. Senate races.

Loeffler took a rapid COVID-19 test Friday evening that came back positive, a day after she campaigned with Vice President Mike Pence and U.S. Sen. David Perdue, who also faces a Jan. 5 runoff.

A test Saturday came back inconclusive and a test Sunday came back negative, Loeffler’s campaign said. She had isolated after the Friday test and said she was consulting with medical experts and following guidelines of the federal Centers for Disease Control and Prevention

“She continues to feel great, and has no symptoms,” spokesperson Stephen Lawson said in a statement. “She looks forward to getting back out on the campaign trail.”

Perdue said before Loeffler’s negative test was announced Sunday that he would remain at home as he awaited Loeffler’s results. He returned to public campaigning on Monday, appearing with Iowa Republican Sen. Joni Ernst in Griffin, south of Atlanta.

At that event, when questioned by a bystander, Perdue backed up his previous call for Georgia Secretary of State Brad Raffensperger to resign over claims by Perdue and Loeffler that Raffensperger mishandled the presidential election in the state.

Neither Perdue nor Loeffler has detailed what they think Raffensperger did wrong, although they want election officials to re-examine the signatures on envelopes of mailed-in absentee ballots, a move Raffensperger says is pointless because the ballots cannot be traced back to envelopes once separated.

Perdue and Ernst are scheduled to appear Tuesday in Cordele, Thomasville and Hahira as part of a Perdue bus tour.

Pence staffers did not indicate whether he was tested for the coronavirus after campaigning with Loeffler or whether he would isolate.

Loeffler has held several rallies in recent weeks with crowds packed into close quarters and many audience members not wearing masks.

Loeffler is facing Democrat Raphael Warnock in a Jan. 5 runoff election — one of two races that will determine which party has control of the Senate. The other race will feature Perdue and Democrat Jon Ossoff.

If the Republican wins either race, then the party will keep control of the U.S. Senate.