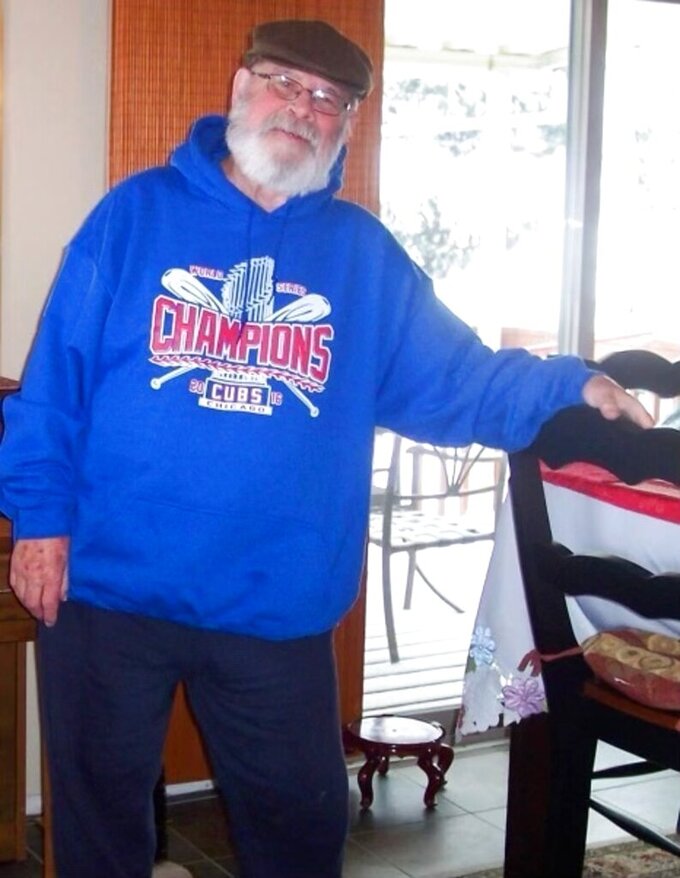 Bill Beecham is shown in this undated photo provided by his his wife, Fumiko Beecham. Beecham, a longtime bureau chief for The Associated Press in Salt Lake City who oversaw coverage of several major stories including the kidnapping of Elizabeth Smart, has died. He was 79. His son, Kevin Beecham, said his father died Tuesday, Feb. 16, 2021 at the Highland Care Center in Salt Lake City, where he spent the last two years of life because of declining health.(Fumiko Beecham via AP)

SALT LAKE CITY (AP) — Bill Beecham, a longtime bureau chief for The Associated Press in Salt Lake City who oversaw coverage of several major stories including the kidnapping of Elizabeth Smart, has died. He was 79.

He died Tuesday morning at the Highland Care Center in Salt Lake City, where he spent the last two years because of declining health, his son, Kevin Beecham, said Wednesday. His father had a lung infection and pneumonia before his death, he said. He contracted the coronavirus around Thanksgiving but that didn't seem to contribute to his death, his son said.

Beecham's career with the AP spanned more than three decades and included stints in three states. He started in Helena, Montana, as a reporter in 1969 before moving to Salt Lake City as a reporter in 1972. He spent three years in Spokane, Washington. from 1979 to 1982 before returning to Utah to finish the final 22 years of his career as Salt Lake City bureau chief until his retirement in 2004.

In Utah as bureau chief, he coordinated AP coverage of a host of international stories, including the kidnapping of Smart, who was 14 when she was snatched out of her Salt Lake City bedroom in 2002. She was held captive for nine months before being found walking with her captor in a busy street in a Salt Lake City suburb in 2003.

Beecham also oversaw coverage of a bribery scandal in the leadup to the 2002 Winter Olympics in Salt Lake City and the killing of two people by bombs set by Mark Hoffman who was trying to cover a trail of forged Mormon historical documents.

As a reporter in Utah, he worked on a series about finances of The Church of Jesus Christ of Latter-day Saints that garnered accolades. In 1977, he was at at the Utah State Prison and wrote the story about the firing-squad execution of Gary Gilmore.

That was a challenging experience for Beecham, who was close to becoming a Catholic priest before he decided wanted to have a family, his son said. His father instead joined the Navy and was stationed in Japan, where he met his wife, Fumiko.

“It was very difficult for him,” Kevin Beecham said about covering the execution. “That wasn't something he really believed in, but he understood the importance of the journalism view of it.”

Kevin Beecham called his father a workaholic and dedicated newsman. He still remembers answering calls in the middle of the night and waking up his father to respond to breaking news.

“My father taught me the ethic of hard work,” Kevin Beecham said. “That's something I've always appreciated, and I'm trying to teach my son.”

Beecham, who was born in Seattle, Washington, is survived by his wife and their two children, Kevin Beecham, 43, of Corona, California, and Theresa Beecham, 51, of Salt Lake City. He had one grandson, Cameron, 8, Kevin Beecham’s son.

During his retirement, he traveled to Japan and Idaho and enjoyed watching his favorite baseball team, the Chicago Cubs, his son said. Beecham and his son watched several of the 2016 World Series games together, Kevin Beecham fondly remembered.

“He followed the Cubs a lot,” he said. “That was his passion.”

Former AP newsman David Briscoe, who worked with Beecham on the series about church finances and was his news editor for several years, said Beecham was a dedicated and unique reporter who can't be described by any cliches.

“He was always looking for the human side of the story,” Briscoe said. “He lived the stories he wrote about. He dug deep. And he was absolutely meticulous about the facts.”

Colleague and longtime friend Vern Anderson said in an email he admired Beecham's “generosity of spirit and genuine interest in people from every walk of life.”

Anderson, who was the AP news editor in Salt Lake City working under Beecham for 15 years before going to work for The Salt Lake Tribune, said he owes Beecham much.

“Bill Beecham was, to his core, a newsman of uncommon energy, depth and devotion to quality journalism that was noteworthy for its objectivity and clarity," Anderson wrote in an email. “Nothing thrilled him more than chasing down a breaking news story, and nobody in my AP experience did it better.”