A look at New York's top races of Election 2020 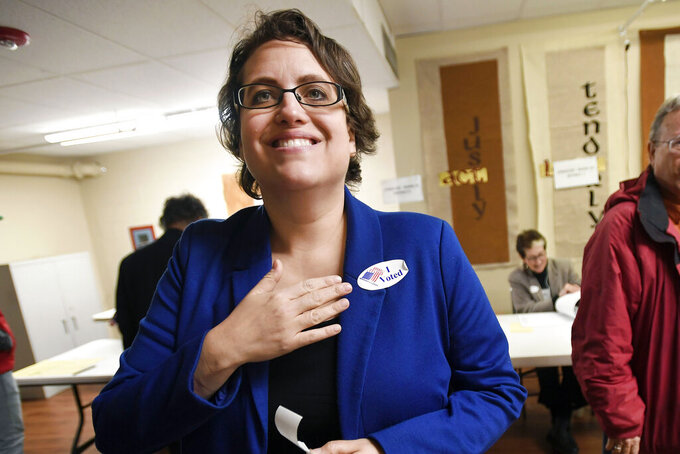 FILE - In this photo from Tuesday Nov. 6, 2018, Dana Balter applies her "I Voted" sticker after casting her vote in Syracuse, N.Y. Balter, a Democrat, will challenge Republican John Katko for his seat in New York's 24th congressional district race. (AP Photo/Adrian Kraus, File) 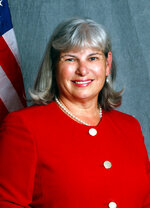 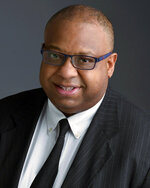 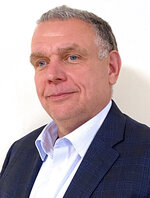 NEW YORK (AP) — New Yorkers have cast their votes for representatives in Congress, the state Legislature and the White House after a campaign season that unfolded amid the coronavirus pandemic and unrest over racial injustice.

The Associated Press called the race for Biden immediately after polls closed at 9 p.m. Tuesday. With a record number of votes expected to be cast by mail, more closely contested races could take weeks to decide.

Voters had to wait more than a month to know the winners in some races in the state’s June primary.

But some races could definitively be called on election night, and the weakened state of the Republican Party in the New York City metropolitan area set up Democrats for some easy victories, including Ritchie Torres, who became one of the first openly gay Black men elected to Congress.

Democrats could also potentially gain a supermajority in the state Legislature. A victory like that wouldn’t alter the balance of power in a state where Democrats already control the governor’s office. It could, however, give legislators more leverage with Gov. Andrew Cuomo, who is now a monolithic force in state politics.

Here's a look at results in New York's most closely-watched races:

Democrat Ritchie Torres has become one of the first openly gay Black men in Congress. Torres, a 32-year-old member of the New York City Council representing the Bronx, defeated Republican Patrick Delices in one of the most heavily Democratic districts in the country. Torres, who identifies as Afro-Latino, succeeds U.S. Rep. Jose Serrano, who is retiring.

U.S. Rep. Alexandria Ocasio-Cortez easily won her first reelection bid. The New York City Democrat defeated Republican John Cummings, a teacher and former police officer. Ocasio-Cortez has become one of the most well-known voices of the American left in her first term. Her district in parts of Queens and the Bronx was among those hit hardest by the coronavirus.

Republican U.S. Rep. Lee Zeldin is trying to fend off a challenge on eastern Long Island from Democrat Nancy Goroff. Zeldin, seeking a fourth term, claimed victory but The Associated Press had not yet declared a winner in the race. Zeldin praised President Donald Trump's handling of the coronavirus pandemic as “phenomenal” during a speech to the Republican National Convention. Goroff is a chemistry professor who took a leave from Stony Brook University to seek elective office for the first time.

Republican Assemblyman Andrew Garbarino and Democrat Jackie Gordon face off in a race to succeed U.S. Rep. Pete King, a popular Republican who is retiring. The contest on Long Island's South Shore is taking place in a district that has tilted Republican in the past, but King’s departure has created an opening for the Democrats, who have poured money into Gordon's campaign.

Republican Nicole Malliotakis is looking to unseat Democratic U.S. Rep. Max Rose, who is seeking his second term. Malliotakis declared victory a little over an hour after polls closed, but The Associated Press has not yet declared a winner in the race. Rose said it was too early to declare a winner. The district is whiter and more conservative than the rest of New York City and went for Republican Donald Trump over Democrat Hillary Clinton by 10 points in 2016.

Democrat Mondaire Jones would join Torres as the other first openly gay Black man in Congress if he prevails over opponents including Republican Maureen McArdle Schulman and Conservative Party candidate Yehudis Gottesfeld. Jones is a 33-year-old attorney. The winner in the race will succeed U.S. Rep. Nita Lowey, a Democrat retiring after more than three decades representing a district in Rocland and Westchester counties. ___

Democratic U.S. Rep. Sean Patrick Maloney faces Republican Chele Farley in a battleground district in New York’s Hudson Valley. Farley moved to the district from New York City after an unsuccessful run for U.S. Senate in 2018. Maloney is one of just a few dozen Democrats nationwide who represent congressional districts where a majority of voters favored Trump in 2016. He is seeking his fifth term.

Military veteran Kyle Van De Water, a Republican, tries to knock off Democratic U.S. Rep. Antonio Delgado, who is seeking a second term in a district stretching from New York City’s northern suburbs to rural counties near Albany. Delgado is another rare Democrat representing a congressional district that voted for Trump in 2016. Van De Water, 40, has run on a pro-Trump platform. He has promised a stronger U.S. border, tax cuts and 2nd Amendment protections.

Former Republican U.S. Rep. Claudia Tenney is in a rematch with U.S. Rep. Anthony Brindisi, who ousted her from office in 2018 but is now seen as one of the more vulnerable Democrats in Congress. The district, which runs from Lake Ontario to the border with Northeastern Pennsylvania, was another one in New York that favored Trump in 2016. The first contest between the candidates two years ago took weeks to decide as absentee ballots were tabulated.

U.S. Rep. John Katko is also in a rematch, facing Democrat Dana Balter after defeating her in 2018. Katko seeks a fourth term in a central New York district that includes the city of Syracuse. Balter, 44, has worked as a community organizer and at a disability services non-profit but has not held public office. Democrats narrowly outnumber Republicans in the district.

In western New York, Republican U.S. Rep. Chris Jacobs faces a challenge from Democrat Nate McMurray, the same candidate he beat in a special election five months ago. Jacobs won a special election in June to serve out the remainder of the term of fellow Republican Chris Collins, who was convicted of insider trading. McMurray is an attorney and former town supervisor. He also challenged Collins and lost in 2018.