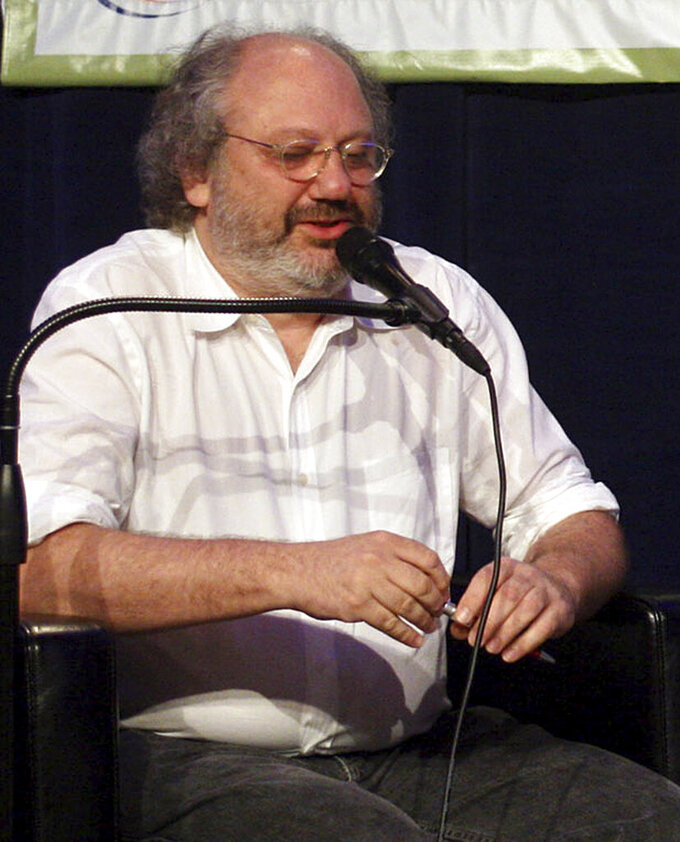 A saxophonist whose sounds helped birth international dance music. An actress who learned alongside one set of Hollywood legends then told the life stories of others. A musician who went from pop-rock bassist to show-tune song stylist. In the second installment in a series, The Associated Press takes a look at prominent figures in arts, entertainment and culture who have died after contracting the coronavirus in the global pandemic.

Manu Dibango’s saxophone sounds and funky African rhythms were revolutionary in his 1970s heyday, and their spirit rings through songs still today.

The Cameroon-born Dibango’s 1972 song “Soul Makossa” brought him international fame and helped him become one of the most influential figures in the nascent world of international dance music.

The song was constantly imitated, so much so that he would later sue both Michael Jackson and Rihanna, saying they had reused its hooks. The lawsuit against Jackson was settled out of court, and a judge dismissed the suit against Rihanna.

Dibango died March 24 in a hospital in the Paris region, according to his music publisher Thierry Durepaire. He was 86.

Adam Schlesinger had two musical careers, both overflowing with harmony and humor.

In the first, he played bass, co-wrote songs and sang sunny backup harmonies for Fountains of Wayne, the New York band behind the popular 1996 song “Radiation Vibe” and the 2003 hit “Stacy’s Mom.”

In the second, he was a composer of endlessly clever songs sung on stage and screen by Neil Patrick Harris, Stephen Colbert and the stars of “Crazy Ex-Girlfriend,” the CW musical comedy series to which he regularly contributed songs.

Schlesinger won a Grammy and three Emmys for his songwriting, and was nominated for an Academy Award for writing “That Thing You Do,” the title song of the 1996 Tom Hanks-directed film.

“Adam was an astonishing songwriter and composer and one of the funniest people you could know,” comedian Sarah Silverman, who was in the middle of writing a stage musical with Schlesinger, said on Instagram. “His songs are funny and poignant, and often — despite himself — stunningly heartfelt.”

Schlesinger died April 1 at a hospital in upstate New York, his attorney Josh Grier said. He was 52.

Troy Sneed spent his early career traveling throughout the United States with the Georgia Mass Choir.

The gospel singer arranged the music on their albums and appeared with them in the 1996 film “The Preacher’s Wife,” starring Whitney Houston and Denzel Washington.

Sneed helped form Youth For Christ, which was comprised of members between the ages of 12 and 18 from the Georgia Mass Choir. His work on the group's 1999 album “Higher” earned him a Grammy nomination.

As a solo artist, Sneed released seven albums and had several hit songs within the gospel realm including “Work It Out” and “My Heart Says Yes."

Gospel DJ Reggie Baker said on Twitter of his friend: “He was a great guy and gave us some great music.”

Sneed died April 26 at a hospital in Jacksonville, Florida, his publicist Bill Carpenter said. He was 52.

As an actress, Patricia Bosworth once starred alongside Audrey Hepburn. But she would move on from the profession to chronicle the lives of other actors.

She studied under legendary teacher Lee Strasberg at the Actors Studio alongside Paul Newman and Steve McQueen, and appeared opposite Hepburn in the 1959 classic “The Nun’s Story.”

She then changed gears and worked as a writer and editor for publications including The New York Times, New York magazine and Vanity Fair.

Bosworth was perhaps best known for her biographies of actors including Marlon Brando and Montgomery Clift, which writer Mark Harris said on Twitter is "one of the greatest books ever written about a movie star.”

Bosworth died April 2 in New York, her stepdaughter, Fia Hatsav, told the Times. She was 86.

Andrew Jack taught actors to how to get the perfect accent, and showed off his own skills with roles in several “Star Wars” movies.

The British Jack worked as a dialect coach for stars including Chris Hemsworth, Robert Downey Jr. and for the cast of the “Lord of the Rings” films.

He “led us through the many accents of Middle-Earth,” Elijah Wood, who played the head hobbit Frodo Baggins in the films, said on Twitter. “He was a kind and lovely human being.”

Jack died March 31 at a hospital in Surrey, England, his agent Jill McCullough said. He was 76.

Hal Willner had a knack for making memorable music with unexpected combinations.

On “SNL” since 1980s, he oversaw music for the skits, guiding everyone from Adam Sandler’s recurring role as Operaman to Will Ferrell and Chris Kattan’s head-bopping to “What is Love.”

Elvis Costello on Facebook wrote that the eclecticism of Willner’s way of operating “resembled the beautiful chaos of a childhood chemistry set.”

Willner died April 7 at his Manhattan home, according to his representative, Blake Zidell. He was 64.