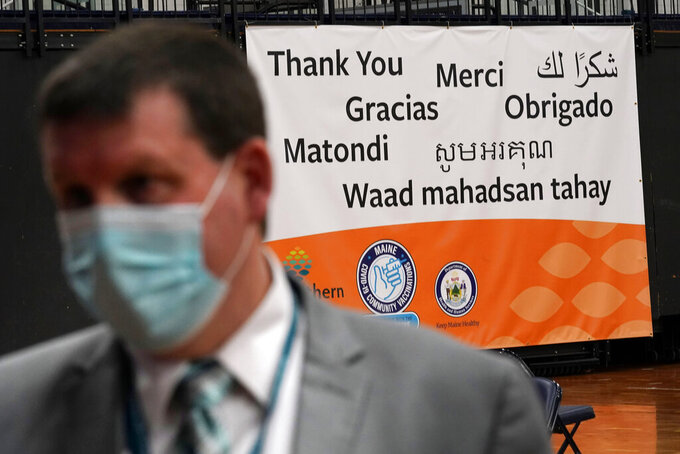 PORTLAND, Maine (AP) — Maine's independent senator is taking another shot at promoting a $120 billion revitalization fund to help restaurants that have been hit hard by the coronavirus pandemic.

Sen. Angus King also supported the proposal when it was first floated last year. It would set up the fund to support independent restaurants and small franchises that are under tremendous financial pressure because of the pandemic, King said Monday.

King said the proposal is especially important for the economy in Maine, which is dependent on tourism dollars.

“Maine’s restaurants are central parts of our economy and our communities; they create jobs, drive tourism, and provide gathering places that add to the character of our hometowns – on top of cooking up delicious meals for all of us," King said.

Nationwide, restaurants wrapped up 2020 with losses of more than $240 billion, King said. The senator said they also lost 2.5 million jobs compared to pre-pandemic levels, and more than one out of six is closed permanently or for an extended period.

Under the proposal, restaurant owners could apply for grants of up to $10 million to cover expenses retroactively. King said the money could be used for costs such as payrolls, benefits, mortgages, supplies and food, among others.

In other pandemic news in Maine:

The positivity rate is trending downward in Maine and elsewhere in New England. Officials have said that's an encouraging sign since the pace of vaccination is also increasing.

The latest average positivity rate in Maine is 1.47%. State health departments are calculating positivity rate differently across the country, but for Maine the AP calculates the rate by dividing new cases by test specimens using data from The COVID Tracking Project.

The Maine Center for Disease Control and Prevention has reported more than 44,000 positive cases of the virus and 703 deaths since the start of the pandemic.

Republican U.S. Sen. Susan Collins said Monday the Biden administration should make sure small employers maintain access to the Paycheck Protection Program even in the event of a change in ownership.

Collins said she has heard from multiple employers in Maine who bought established small businesses in the last year and are seeking PPP loans. She said a “delay in the release of new guidance is causing confusion and preventing small employers from receiving much-needed relief during the current round of PPP funding.”

A new coronavirus vaccine in the state's largest city is set to come online on Tuesday.

Northern Light Mercy Hospital is working with the city and state to launch the clinic at Portland Expo in Portland.

The Expo is one of the oldest performance venues in New England and is located not far from Portland's downtown.