Maryland can't wait to get back on field against Indiana 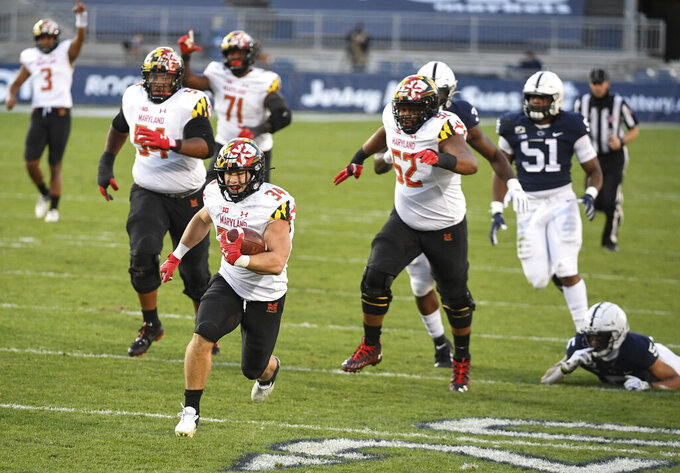 Maryland football coach Michael Locksley remains on lockdown, battling the coronavirus while the Terrapins prepare for their first game in three weeks.

Though the Terps are delighted about returning to action Saturday at No. 12 Indiana (4-1), they could be still be without nearly two dozen players who previously tested positive for COVID-19.

It's not exactly an ideal situation, though Locksley knew this kind of thing could happen after the Big Ten decided to play a late-starting, abbreviated season in the middle of a pandemic.

On Sunday, every Maryland player tested for COVID-19 received a negative result, so the team was allowed to begin practicing for Indiana. However, any player who tested positive after the Penn State game on Nov. 7 — the last time Maryland played — will not be available against the Hoosiers because Big Ten protocol requires players who contract the virus to sit out 21 days.

“I’m not concerned at all,” Locksley said in a teleconference Tuesday. “We tried to develop this team knowing that COVID would be an issue in terms of its effect on your program. Now we’re going to have these guys who haven’t played major roles step up.”

Maryland got back on the practice field Monday, a bit rusty but eager. Locksley watched the session on a live stream and will remain in isolation before traveling with the team Friday. He intends to be on the sideline on game day.

After opening the season with a 43-3 loss at Northwestern, the Terps rallied past Minnesota and beat Penn State for only the third time in school history. Not only has Maryland lost its momentum, but it's also going to be short-handed against an Indiana team that gave Ohio State all it could handle in a 42-35 defeat.

Locksley has kept in touch with his players and designed game plans with his staff via Zoom sessions while trying to shake the coronavirus.

“All the symptoms have been mild for the most part," he said. “Right now I feel really strong. I feel normal, maybe a little bit more fatigued but that might be because I’ve been stuck in the house in a room by myself."

After being confined a hotel near the campus, the players were delighted to get on the practice field for the first time since Nov. 10.

Receiver Brian Cobbs was in a special teams meeting a few weeks back when he got the word that the game against Ohio State was off.

“Coming off the big Penn State win, we felt very comfortable that we could go out and make something happen against Ohio State," Cobbs recalled. “Having that opportunity stripped was very devastating, but we knew it was a medical decision in our best interest so there wasn’t really a lot we could do in that situation."

The best the Terps can do now is make up for lost time.

“I don’t think we’ve lost confidence at all," Cobbs said. “It’s something that we signed up for when we opted into the season. I’m very happy to see that when things do get shaken up, the young guys didn’t flinch and the older guys, who shouldn’t flinch, didn’t flinch."