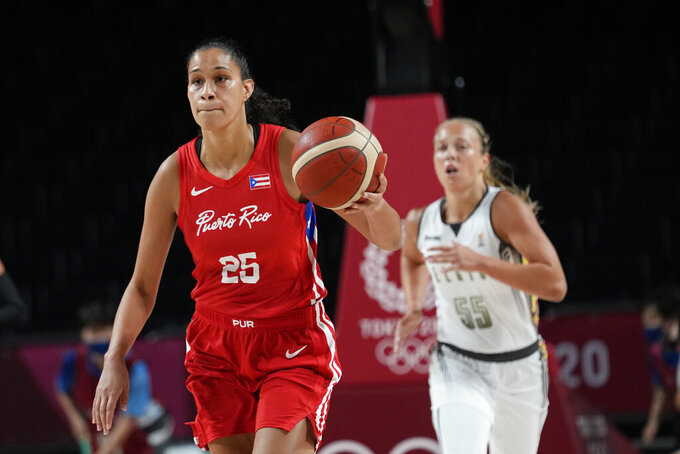 SAITAMA, Japan (AP) — Emma Meesseman had 26 points and 15 rebounds to help Belgium rout Puerto Rico 87-52 on Friday in a matchup of Olympic newcomers.

Belgium (2-0) has made the most of its first Olympic appearance so far winning both of its games by double digits.

The team led 12-10 in the opening quarter before going on a 20-8 run spanning the first two periods to take command of the game. The Belgian Cats led 43-24 at the half as Hanne Mestdagh made four of her six 3-pointers in the opening 20 minutes. She finished with 18 points.

Belgium captain Ann Wauters saw her first Olympic action and scored a basket. The 40-year-old has been the face of the sport in the country for many years. She was the first player from Belgium to get drafted to the WNBA, going first overall in 2000 to the Cleveland Rockers.