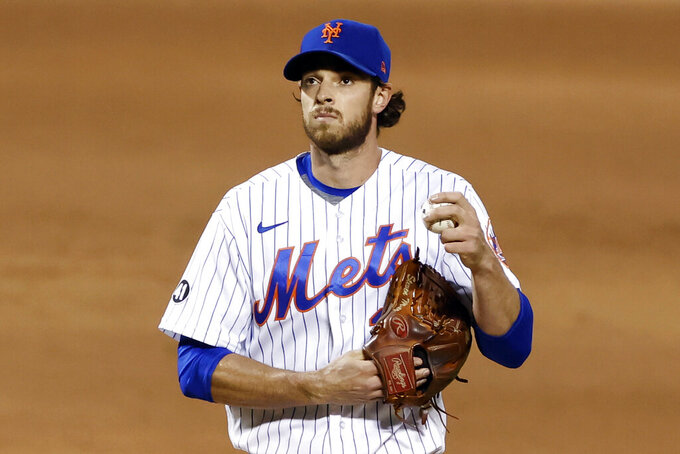 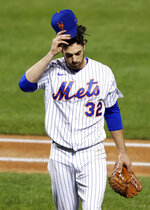 New York received reliever Sean Reid-Foley and minor league right-handers Josh Winckowski and Yennsy Díaz in a move that could signal the Mets are pursuing a pricey free agent.

Matz, a New York product, is set to earn $5.2 million this year and can become a free agent after the season. He is coming off a miserable 2020, when he went 0-5 with a 9.68 ERA and lost his rotation spot during the pandemic-shortened season. He made six starts and three relief appearances, spending time on the injured list with shoulder discomfort.

Toronto is hoping Matz can rediscover his early form and strengthen a suspect pitching staff as the Blue Jays look to complement a talented group of hitters that includes free-agent newcomer George Springer.

Toronto recently signed Springer to a team-record $150 million, six-year contract. Looking to challenge the AL champion Rays and big-budget Yankees in the AL East, the Blue Jays also brought back lefty Robbie Ray and signed right-handers Kirby Yates and Tyler Chatwood this offseason. They have a pending $18 million, one-year deal with infielder Marcus Semien, subject to a successful physical.

“The bulk of our heavy lifting is done,” team president Mark Shapiro said Wednesday before the deal for Matz was announced.

Toronto went 32-28 last year, finishing third in the division behind Tampa Bay and New York. The young Blue Jays qualified for the expanded playoffs but were swept in two games by the Rays during their first-round series.

Under new owner Steve Cohen, the Mets also were said to be interested in Springer. They've been very active elsewhere as well, acquiring star shortstop Francisco Lindor and starting pitcher Carlos Carrasco in a blockbuster trade with Cleveland.

Now that Springer is off the board, the Mets could be turning their attention on the free-agent market to NL Cy Young Award winner Trevor Bauer or center fielder Jackie Bradley Jr. — perhaps a motivation for shedding Matz's salary. New York added a left-hander to its bullpen earlier in the day, agreeing to a one-year contract with free agent Aaron Loup, a person familiar with the negotiations told The Associated Press. The person spoke on condition of anonymity because the deal was subject to a successful physical.

Loup's pending arrival made Matz more expendable, and the trade with Toronto capped an eventful day that began with the Mets promoting recently hired assistant general manager Zack Scott to acting GM — eight days after Jared Porter was fired from that job.

Matz grew up on Long Island about 50 miles from Citi Field and was a touted prospect when he made his big league debut with a flourish in June 2015. He went 4-0 with a 2.27 ERA in six starts that season and helped pitch the Mets to the NL pennant. He was 0-1 with a 3.68 ERA in three postseason starts, including one in the World Series against Kansas City.

Matz became the third pitcher from Long Island involved in a Blue Jays-Mets swap since July 2019, when Toronto sent Marcus Stroman to New York in a deal that netted left-hander Anthony Kay — who attended the same high school as Matz.