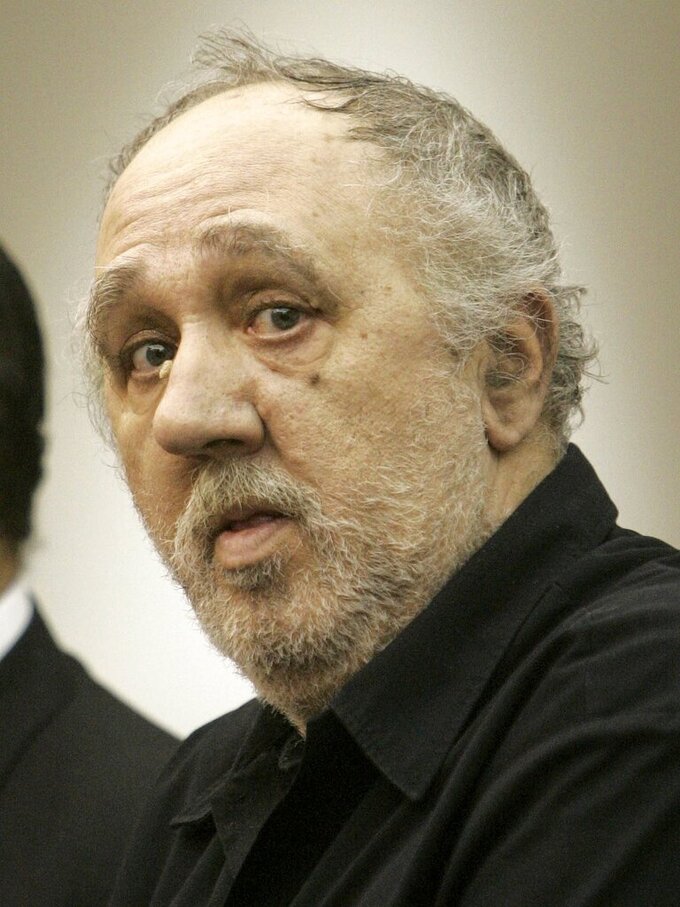 This undated photo shows Roger Sweet in Detroit. Sweet convicted of killing his first wife and other crimes has won early release from federal prison because of the risk of COVID-19, Tuesday, April 13, 2021. Prosecutors fought to keep Roger Sweet locked up and were surprised by the decision last week from Judge Victoria Roberts. Sweet still had seven years remaining on a sentence for sexual exploitation of children. (David Coates/Detroit News via AP)

DETROIT (AP) — A Detroit-area man who was convicted of killing his first wife and whose second wife died under suspicious circumstances was granted an early release from prison after he argued that the risk of catching COVID-19 behind bars endangered his life.

Federal prosecutors fought to keep Roger Sweet locked up and were surprised by U.S. District Judge Victoria Roberts' decision Friday. Police said Sweet is considered a “person of interest” in the death of his second wife, whose remains were found in 2013, years after she disappeared.

“All along we believed we were looking at the right person here. ... We're going to assign this to a new staff of detectives to get a fresh set of eyes on the case,” Brownstown Township Chief Jeff Watson said Tuesday, referring to the death of Lizzie Mae Collier-Sweet.

“Without a single disciplinary action in 14 years of incarceration, Sweet’s behavior demonstrates a respect for the law and indicates how he may perform on supervised release,” Roberts said.

In 2008, Sweet was convicted in two Detroit-area courts and federal court. Those crimes included second-degree murder in the 1990 death of his first wife, the sexual assault of a 16-year-old girl and the sexual exploitation of children.

His federal prison sentence — 21 years — was the longest and still had seven years remaining, prosecutors said.

In 2007, Sweet's second wife disappeared after a fire at their Brownstown Township home, south of Detroit, a blaze that triggered the criminal investigations.

While Sweet was in prison, Collier-Sweet's remains were found in 2013 in a secluded area less than a mile away from their former home. Her cause of death was listed as “indeterminate,” but police believe it was a homicide, Watson said. No one has been charged.

Investigators said Collier-Sweet wrote in a diary that she feared her husband and slept on a couch with a hammer and shotgun, Assistant U.S. Attorney Kevin Mulcahy said in a court filing, citing news reports.

“Nothing about Sweet’s history and characteristics, which include rape, murder and the suspicious circumstances surrounding Lizzie Mae’s death, support releasing him early,” Mulcahy said.

Sweet will be confined to his home on electronic tether for 12 months with exceptions for work, religious services, medical appointments and court-ordered obligations, the judge said.