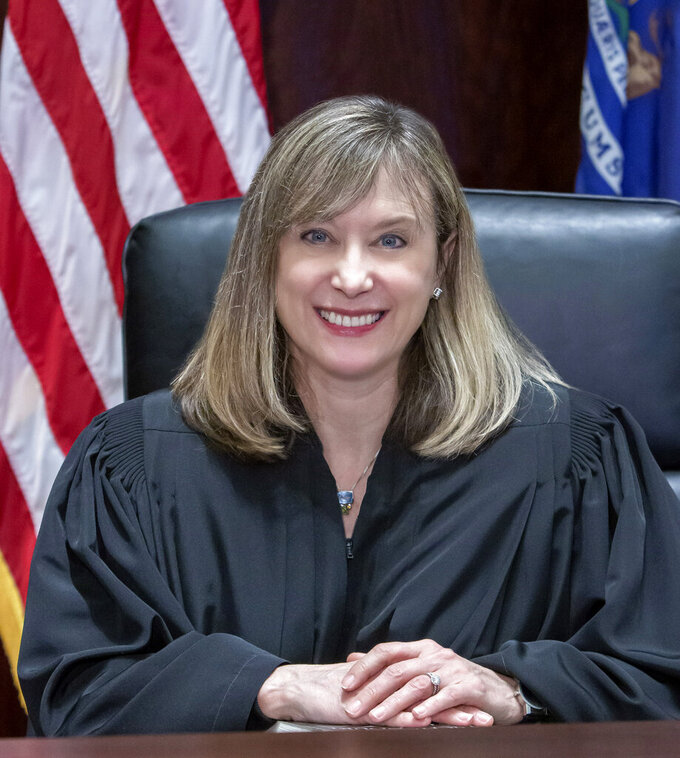 Election victories by Elizabeth Welch and Chief Justice Bridget McCormack gave Democratic nominees a majority on the seven-member court for the first time since 2010. They campaigned as a team.

“We are all eager to have her contributions to our work,” McCormack said at the start of the day.

Because of coronavirus restrictions, the Supreme Court still is hearing cases by video conference and not in its Lansing courtroom.

Welch, a Grand Rapids-area lawyer, took the seat of Stephen Markman, 71, a conservative justice who served for 21 years but couldn't seek re-election because of age limits.

“I am not a textualist,” Welch said before the election, referring to a philosophy favored by conservatives of looking strictly at a law’s text for meaning. “I believe you do have to sometimes look at legislative intent if a law is not clear. The justices have to figure out an answer somehow.”

The court heard arguments in civil and criminal cases Wednesday, including a dispute over access to documents at the University of Michigan. Welch slipped once when she referred to attorney Philip Ellison by the wrong name.

“You're new today. You get the pass,” Ellison replied.