Milan mayor: 2026 ceremony will be held in old San Siro 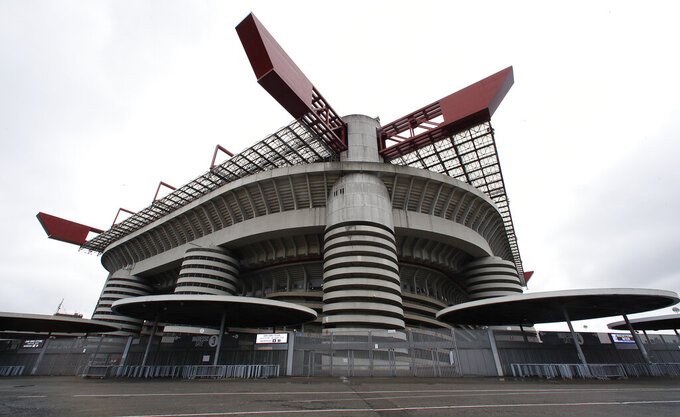 MILAN (AP) — The opening ceremony for the 2026 Winter Olympics will be held at the San Siro stadium, Milan Mayor Giuseppe Sala announced Friday.

Together with AC Milan and Inter Milan, Sala is moving ahead with plans to build a new stadium in the city. But he said after a meeting with representatives from both clubs that “no matter the timing of when the new stadium will be built, the opening ceremony for the 2026 Winter Olympics will be held in the current stadium, as a tribute to its glorious history.”

Milan and Cortina d’Ampezzo are the host cities for the 2026 Games.

The closing ceremony for 2026 is scheduled for Verona’s Arena, a large Roman amphitheater.

Sala added that both clubs have agreed to his guidelines for building a new stadium and that he will ask the city council to “rapidly” move ahead with the plans.