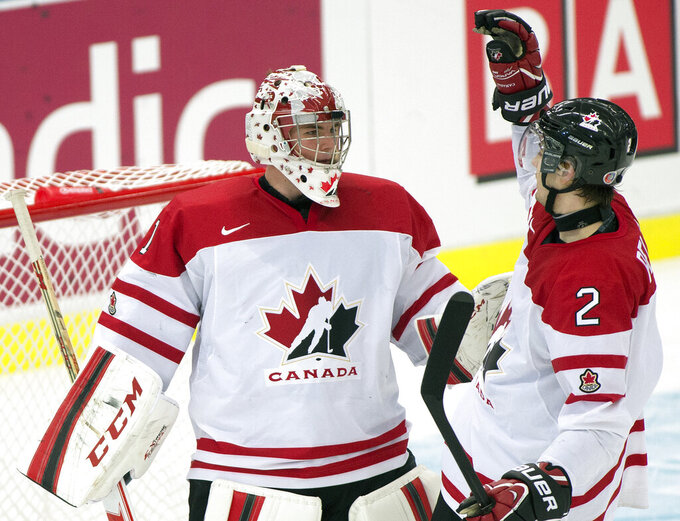 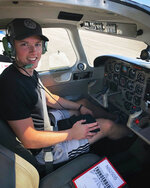 Jake Paterson skated and trained in the morning and studied real estate in the afternoon. Steve Johnson got his commercial pilot’s license. Ty Randell enjoyed firefighting so much he turned down a contract offer to play the sport he loves.

When the pandemic put sports on ice, many minor league hockey players started planning for what’s next. Several minor league teams are not playing at all this season, resulting in fewer jobs — and those that remained coming with less money.

“There was a lot of uncertainty,” said Paterson, a goaltender for the ECHL’s Allen Americans. “My parents have always wanted me to have something in my back pocket for whenever hockey’s done."

Paterson took advantage of the Professional Hockey Players Association’s career enhancement program, which has been around for 20 years to help players learn another trade for when they hang up their skates. It has never been more popular than now, as 170 PHPA members have signed up since March.

Because attendance drives revenue more for minor league sports than their major league counterparts, the pandemic is having a more devastating effect on businesses there with no end in sight. No fans and no lucrative national media deals makes it tough to stay afloat, let alone turn a profit.

The top two hockey leagues below the NHL, the American Hockey League and the ECHL, employ almost 1,500 players and hundreds of staff, including coaches and off-ice personnel. Three AHL and nine ECHL teams opted out of playing during seasons shortened because of virus concerns.

The financial terms that allowed for the AHL to open its season Friday include guaranteeing each player 40% of his base salary no matter how many games are played, which is a minimum of $30,000 for those on standard contracts. The PHPA has told players who have other jobs to keep them and asked the top leagues not to send players down, which would cost some on the rosters their spots.

“We’ve tried to do everything we can to create as many jobs as we can,” PHPA executive director Larry Landon said. “We’ve asked for compassion from the National Hockey League and their clubs and from the American Hockey League and their clubs because the guys at the bottom of the totem pole are the guys earning the least and need the jobs the most.”

Landon hailed “record enrollment” in the career enhancement program, which not only helps players find job training and opportunities but along with the ECHL helps pay for the programs. Firefighting and real estate are the most popular options, and some current and former players use the opportunity to get a college degree.

“I would say there are definitely more veteran guys reaching out: guys that are maybe winding down and this pandemic is going to push it,” said Steve Carney, the career enhancement program coordinator. “The pandemic may make the decision for them. There’s a lot of young guys that take advantage, too. They’re proactive. They know they could be an injury away from having to do something else.”

Paterson, Johnson, Randell and Justin Kea — who stopped playing to start refereeing — are all in their 20s. All but Paterson went into the program before the pandemic and are thankful for that head start.

“I can’t tell you how many times I said that this year,” said Randell, who has been interviewing for a firefighting job after choosing that over hockey. “It couldn’t have been better timing and very grateful because now I’m pretty much ready to go just from that six months throughout COVID. I wasn’t just sitting around training and waiting for the season if it’s going to happen.”

Randell went to a firefighting school in Toronto that now has a waiting list. Teammates saw him reading the class textbook on the road or at the rink last season, which was an opportunity to tell them about the career enhancement program.

Carney and union staff do annual presentations educating players about the program. So much time away from hockey during the pandemic just provided another reason for them to look into it.

“This timetable we’ve had now has for sure opened up a lot of players’ eyes,” said Johnson, who got his pilot’s license in November and this week signed to play hockey in Europe. “So this has kind of opened up a lot of athletes’ eyes to say, ‘OK, I have to be more than just a hockey player. What can I do with my life?’”

Kea was 25 when he made the difficult decision to trade in his sticks for a whistle. A 2012 third-round pick of the Sabres, he went to the NHL officiating camp in Buffalo in the summer of 2019 and is glad his path allows him to stay in the game.

“I just personally felt that it’s better to kind of get in — I don’t know if it’s early — but to me it felt like get out of hockey and get into something else now as opposed to being in the same position maybe if I played for another three years and then trying to figure it out,” he said. “I just thought a transition was needed. I’m really happy right now how it turned out.”