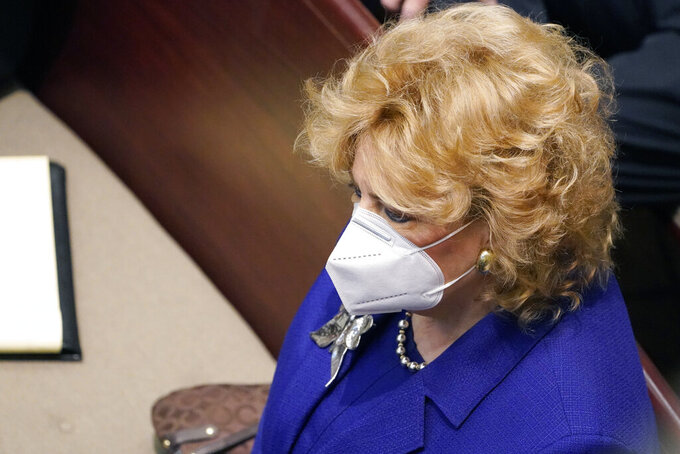 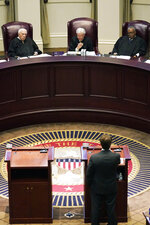 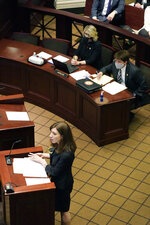 JACKSON, Miss. (AP) — The Mississippi Supreme Court heard arguments Wednesday in a lawsuit that's trying to block a voter-approved medical marijuana program by disputing how the issue got onto the ballot.

Arguments were not about marijuana. Instead, they were about Mississippi's initiative process.

Voters in November approved Initiative 65, which requires the state Health Department to establish a medical marijuana program by the middle of this year. The department is working to create a program, even as the legal fight continues.

To get Initiative 65 on the statewide ballot, organizers gathered signatures from the five congressional districts that Mississippi used during the 1990s. They did that based on legal advice issued years ago by the state attorney general's office.

Madison Mayor Mary Hawkins Butler filed a lawsuit days before the election, contending that the state's initiative process is outdated.

The Mississippi Constitution says petitioners must gather an equal number of signatures from five congressional districts. The state dropped from five congressional districts to four after the 2000 Census, but the constitution’s language about initiatives was not updated. Butler’s lawsuit argues that this creates a mathematical impossibility with four districts because the constitution still specifies that no more than one-fifth of the signatures may come from any single district.

Kaytie Pickett, an attorney for Butler, argued that the only purpose of a congressional district is to have geographical boundaries for electing U.S. House members.

“To define it as anything else is to deprive it of its meaning,” Pickett told justices.

Chief Justice Michael Randolph said seven bills have been filed over the years to update Mississippi's initiative process to remove confusion about signatures coming from old or new congressional districts, and legislators have not made the change.

Justice Dawn Beam said at the beginning of Wednesday's hearing that the case affects medical marijuana but the legal dispute is not about that issue.

“It is totally irrelevant what this court thinks of Initiative 65, or how we voted," Beam said.

Butler opposed Initiative 65 because it limits a city's ability to regulate the location of medical marijuana businesses.

During the legislative session that recently ended, the Senate tried to create rules for a state medical marijuana program, but the House defeated the effort. Republican Sen. Kevin Blackwell of DeSoto County said the proposal was a backstop to have a program in place in case the Supreme Court agrees with Butler and invalidates Initiative 65. But supporters of Initiative 65 balked at the Senate's proposal, saying they saw it as an attempt to usurp the will of the voters.