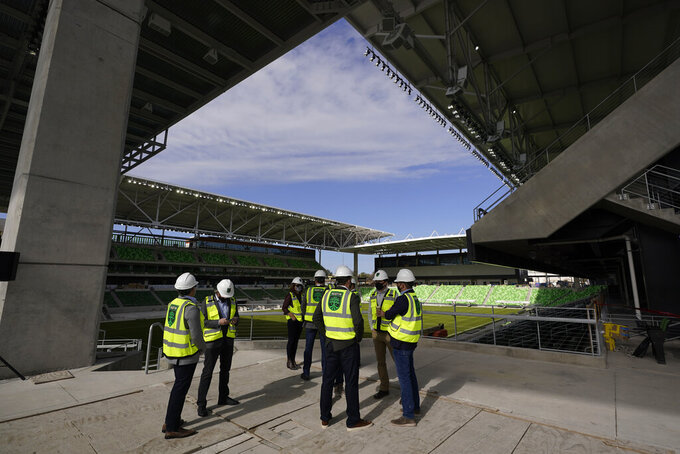 Major League Soccer will open next season on April 3, a month later than normal, and conclude with the MLS Cup title game on Dec. 11.

Teams will be allowed to start preseason camps on Feb. 22.

But the announcement Monday came amid ongoing uncertainty about the coronavirus pandemic and whether fans will be able to attend games, especially at the start of the season.

The league has said it incurred an estimated $1 billion in losses last year, due in part to lost revenue as a result of the virus.

As a result, the league has invoked the agreement’s “force majeure” clause to reopen negotiations with players on a collective bargaining agreement, setting a Jan. 29 deadline.

The league and the players' union had two difficult negotiations a year ago — one in February before the start of the season, and a second in June when players took a pay cut in order to resume the 2020 season.

Earlier this month, MLS proposed paying the players their full salaries this season in exchange for a two-year extension of the current CBA — effectively freezing wages for two additional years. The Major League Soccer Players Union countered that it would not be rushed into negotiations.

The league said the two sides met Monday. MLS said it remains committed to reaching an agreement before the deadline.

“This is not a unique situation, as MLS and the players have negotiated more complicated issues in prior CBAs and managed to meet the deadline,” the league said in a statement.

There's also uncertainty about the league's three Canadian teams. Because of travel restrictions, the Canadian teams had to relocate to the United States to finish last season. Toronto played home games in Connecticut, Montreal was moved to Red Bull Stadium in New Jersey, and Vancouver shared Providence Park with the Portland Timbers.

Major League Soccer will grow to 27 teams this season with the addition of expansion Austin. There will be 13 teams in the Western Conference and 14 in the East.

The regular season will conclude Nov. 7 and the playoffs will open Nov. 19. The date of the league's All-Star game has not been set. The league will announce a broadcast schedule in coming weeks.