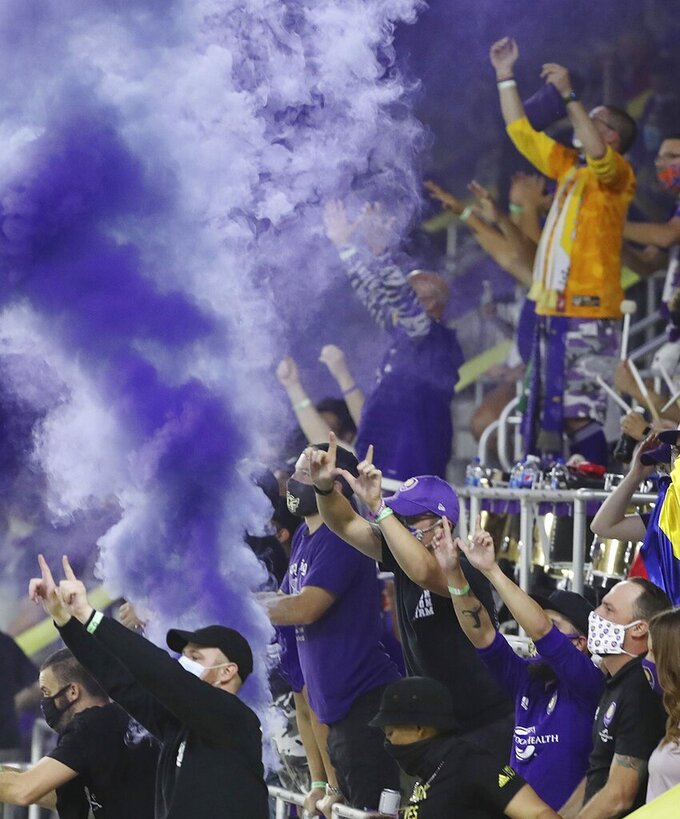 Major League Soccer intends to open its 2021 season as planned in early March but will remain nimble because of the coronavirus.

The league plans to play an entire regular season while working around the international calendar, which was made busier because of events pushed back by the pandemic.

“Based on the crowded international calendar next year, we are targeting to start our season in early March as usual. The restrictions on our ability to have fans in our stadiums this year contributed to very significant financial losses,” MLS President Mark Abbott said. “Like all leagues, we are concerned about those restrictions continuing for a second year and are continually evaluating how to manage through the impact of the pandemic in 2021.”

It remains to be seen whether fans will be allowed to attend 2021 matches.

Like other professional sports leagues, MLS took a significant financial hit as a result of the virus. Commissioner Don Garber estimated $1 billion in losses earlier this year.

MLS teams played two games this season before play was suspended on March 12. The league then staged a tournament in a bubble in Florida over the summer. FC Dallas and Nashville SC were unable to participate because of positive COVID-19 tests.

The tournament was made possible by a June agreement with the Major League Soccer Players Association following tense talks that led to some players skipping voluntary workouts and the league threatening a lockout.

The revised CBA, a six-year deal through 2025, includes across-the-board pay cuts and reduced bonuses. The union said players had ratified the deal.

The sticking points included a clause tied to attendance, but MLS revised it. The clause allows the league to alter contract obligations due to extraordinary circumstances.

A person with knowledge of the situation said the league has filed a notice with the MLS Players' Association preserving the right to invoke the clause, but the league has no intention to do so at this time. The person spoke on the condition of anonymity because the move was not made public.

MLS returned to local markets after the MLS is Back Tournament. Teams are set to start the playoffs next weekend, with the MLS Cup championship set for Dec. 12.

MLS will hold its expansion draft on Dec. 15 for Austin FC, set to join the league next season. But the debut of Charlotte was pushed back to 2022, and expansion teams in St. Louis and Chicago were delayed a year to 2023 because of the coronavirus.