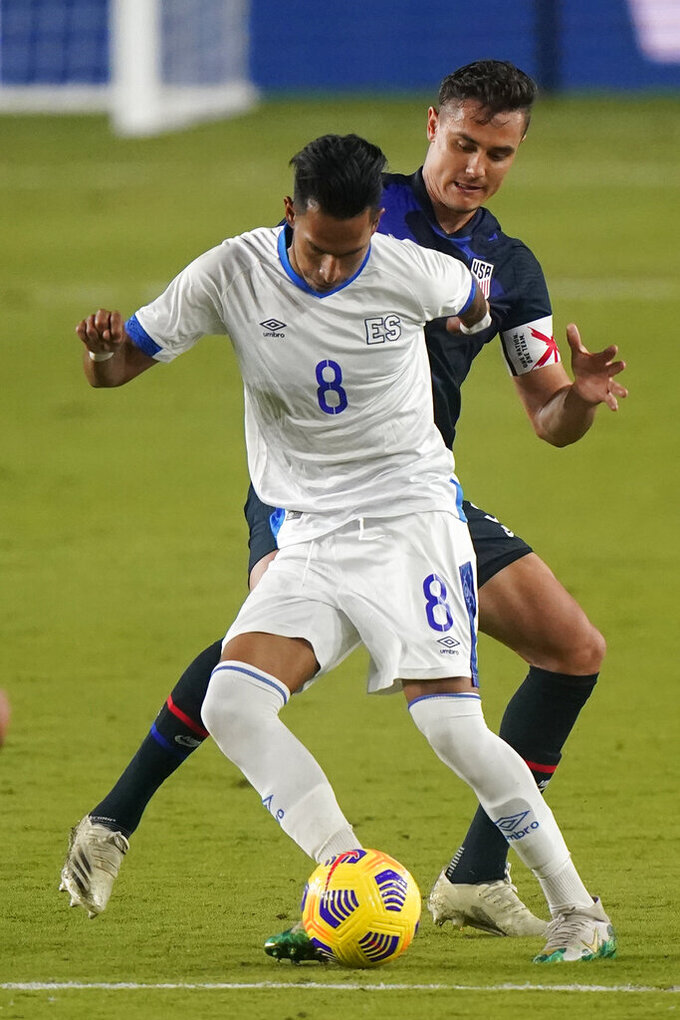 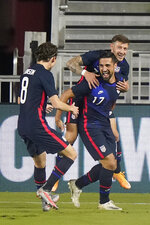 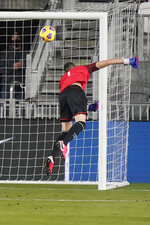 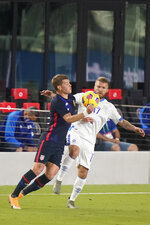 FORT LAUDERDALE, Fla. (AP) — The U.S. soccer team ended a pandemic-shortened year with a blowout that raised confidence heading into a busy 2021 highlighted by the first eight World Cup qualifiers jammed into an 11-week span.

Chris Mueller had two goals and two assists in his international debut, Ayo Akinola got a goal in his first game and the United States overwhelmed El Salvador 6-0 in an exhibition Wednesday night,

Paul Arriola scored in his first start for club or country since tearing his right Achilles tendon in D.C. United’s preseason match on Feb. 15. Brenden Aaronson, playing his second international game following his debut against Costa Rica in February, got his first goal and assist, and Sebastian Lletget scored his fourth goal in 17 international appearances and added an assist.

“The killer instinct is a great step for us” Arriola said. “This could be World Cup qualifying. and I think we need to just be able to execute and be ready and not take our foot off the pedal. I think it’s going to be a great year for us next year.”

Before a limited crowd of about 2,500 in the Americans’ first match before fans since the pandemic began, Bill Hamid got the shutout in his first international start since a 2-1 loss at Ireland in June 2018.

Ranked No. 22, the U.S. used a lineup mostly from eliminated Major League Soccer teams and had wide stretches of open space against 70th-ranked El Salvador in a match played outside the FIFA calendar and without top stars. Coming off a 6-2 win over Panama, the Americans scored a half-dozen goals in consecutive games for the first time since 2013 against Guatemala and Belize.

“That's the type of football we want to play. And we showed that we can do it,” U.S. coach Gregg Berhalter said. “Guys are pushing, people are saying if we have a top group, I want to be part of it.”

Next year includes a pair of a January exhibition with domestic players, March friendlies likely in Europe, a CONCACAF Nations League semifinal against Honduras in June followed by a matchup with the Mexico-Costa Rica winner, the CONCACAF Gold Cup in July with a roster probably missing top players and the start of World Cup qualifying in September. There also is the possibility the first Olympic appearance since 2008 for the U.S.

During a break in training Tuesday, the players watched a Champions League game that feature Barcelona defender Sergiño Dest and a goal by Juventus midfielder Weston McKennie.

“I think it’s an amazing thing right now that you can sit down and watch two of the biggest clubs in the world and see two American players,” said Mueller, a 24-year-old with Orlando who is three years removed from college soccer at Wisconsin. “You could see the strength in the group, a group that can potentially compete for a World Cup in 2022 and in 2026.”

“I know all those guys are thinking, `That’s where I want to be,″ Berhalter said.

Right back Julian Araujo also started in his debut, and defenders Marco Farfan and Kyle Duncan debuted as second-half substitutes. Fifty-seven players have debuted since the October 2017 loss at Trinidad and Tobago that prevented the Americans from playing in the 2018 World Cup, including 34 since Berhalter became coach ahead of 2019.

Arriola had played once since his injury, 21 minutes as a sub for D.C. United on Nov. 8, before he put the U.S. ahead 17 minutes in with his sixth international goal on a 12-yard left-foot shot off a pass from Mueller.

Lletget scored with an 18-yard chip in the 23rd that deflected off Roberto Dominguez. Akinola, also eligible to play for Canada and Nigeria, made it 5-0 in the 27th with a sliding shot from near the penalty spot off a pass from Mueller.

Aaronson got the lone goal of the second half in the 50th with a 12-yard right-foot shot from Lletget's pass.