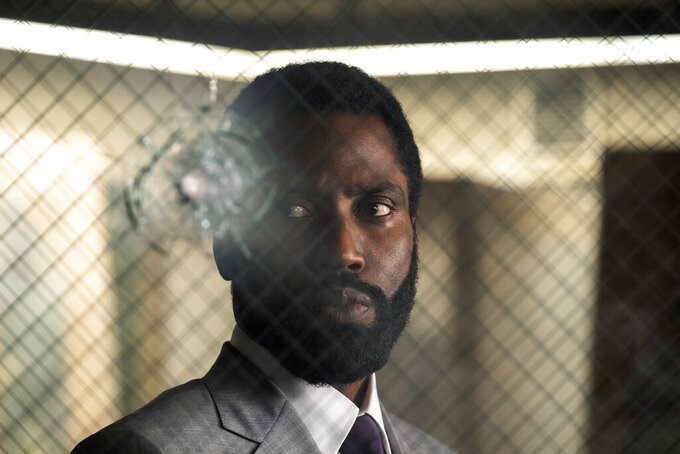 NEW YORK (AP) — Hollywood's hopes for salvaging its summer season have effectively ended after the releases of both Christopher Nolan's “Tenet” and the Walt Disney Co.'s live-action reboot of “Mulan” were again delayed.

With reported cases of the coronavirus surging in parts of the U.S., Disney on Friday followed Warner Bros. in pushing “Mulan" to late August. The film, initially planned to open in March, had been slated for July 24. It's now moving to Aug. 21.

“While the pandemic has changed our release plans for ‘Mulan’ and we will continue to be flexible as conditions require, it has not changed our belief in the power of this film and its message of hope and perseverance,” said Disney co-chairmen Alan Horn and Alan Bergman in a joint statement.

“We are choosing to open the movie mid-week to allow audiences to discover the film in their own time, and we plan to play longer, over an extended play period far beyond the norm, to develop a very different yet successful release strategy,” a Warner Bros. spokesperson said in a statement.

Movie theater chains had planned the widespread reopening of cinemas partially around the return of new releases like “Tenet” and Disney’s “Mulan.” AMC Theaters, Regal Cinemas and Cinemark — the three largest circuits in North America — had all set a timetable for nationwide reopening in early to mid-July with the aim of first playing catalog movies (including Nolan's own “Inception”) and a smattering of smaller films as a lead-in to summer tentpoles.

But with COVID-19 cases surging in Texas, Arizona, Florida and elsewhere, those plans became uncertain. Rising cases in California forced Disney earlier this week to delay next month's planned reopening of Disneyland in Anaheim. On Wednesday, New York Gov. Andrew Cuomo also said New York would delay reopening cinemas while it continued to research the safety of indoor, air-conditioned venues.