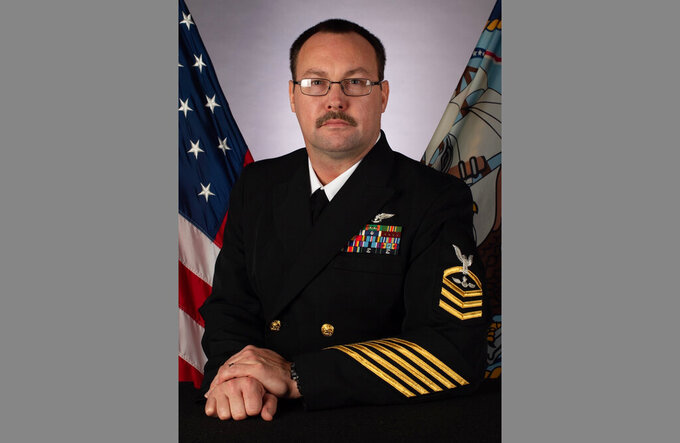 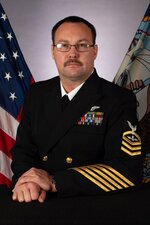 PEARL HARBOR, Hawaii (AP) — The crew member of the aircraft carrier USS Theodore Roosevelt who died of the coronavirus was an Arkansas man, the Navy disclosed on Thursday.

In a statement, the Navy said Aviation Ordnanceman Chief Petty Officer Charles Robert Thacker Jr., 41, of Fort Smith, Arkansas, died on April 13 at the U.S. Naval Hospital in Guam of COVID-19, the illness caused by the novel coronavirus. He died 11 days after his captain was fired for pressing the Navy for greater action to safeguard his crew from the virus.

Thacker was the first active-duty military member to die of COVID-19.

The new coronavirus causes mild or moderate symptoms for most people. For some, especially older adults and people with existing health problems, it can cause more severe illness or death.

Thacker had tested positive for the coronavirus on March 30 and was taken off the ship and placed in “isolation housing” along with four other sailors at the Guam Navy hospital. On April 9, he was found unresponsive during a medical check and was moved to the Navy Hospital’s intensive care unit.

The death was the first, and so far the only, among the crew of about 4,860, of which 585 had tested positive for coronavirus as of Monday.

The Roosevelt had been in a coronavirus crisis that prompted the Navy’s civilian leader, Thomas Modly, to fire the ship’s captain on April 2. Five days later — after having flown to the ship and delivering a speech in which he insulted the skipper, Capt. Brett E. Crozier, and criticizing the crew for supporting Crozier — Modly resigned.

Modly said he felt compelled to remove Crozier from command because he had distributed too widely via email a letter in which he called for more urgent Navy action to prevent a deeper coronavirus crisis aboard his ship. Crozier’s words angered Modly but were seen by others as necessary. Crozier received cheers and chants of “Captain Crozier” from the crew as he left the ship. He later tested positive for COVID-19.