NCAA approves transfer Gach to play right away for Minnesota 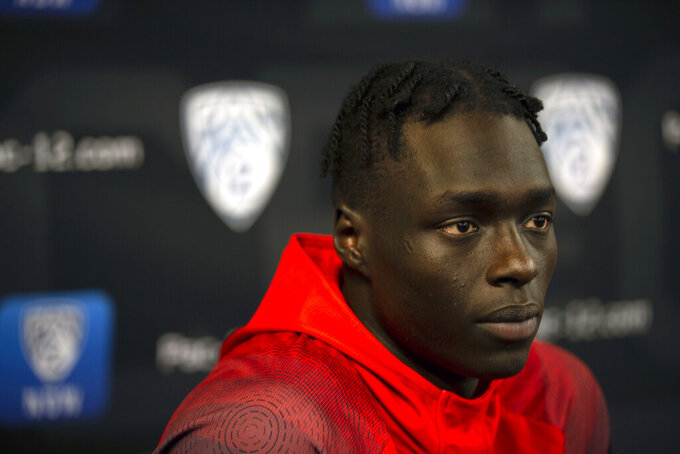 FILE - Utah's Both Gach speaks during the Pac-12 NCAA college basketball media day in San Francisco, in this Tuesday, Oct. 8, 2019, file photo. Gach switched schools to be closer to his family during the COVID-19 pandemic. Now at Minnesota, junior guard Both Gach has been granted immediate eligibility by the NCAA. (AP Photo/D. Ross Cameron, File)

MINNEAPOLIS (AP) — Minnesota junior guard Both Gach was granted immediate eligibility Monday by the NCAA after he transferred from Utah.

Gach and the Gophers had applied for a waiver to play this season, having switched schools to be closer to his family during the COVID-19 pandemic. The 6-foot-6, 183-pound Gach (his name pronounced BOOTH GOTCH) is from Austin, Minnesota, about 100 miles south of Minneapolis.

The versatile wing will likely start for the Gophers along with another transfer, center Liam Robbins, who also gained NCAA approval to play right away after coming from Drake.

Gach was second on the Utes as a sophomore in scoring at 10.7 points per game. He also averaged 3.6 rebounds and 2.9 assists and shot 39.7% from the field. Gach became the third player in Utah program history to post a triple-double with 12 points, 10 rebounds and 10 assists against Mississippi Valley State last season.