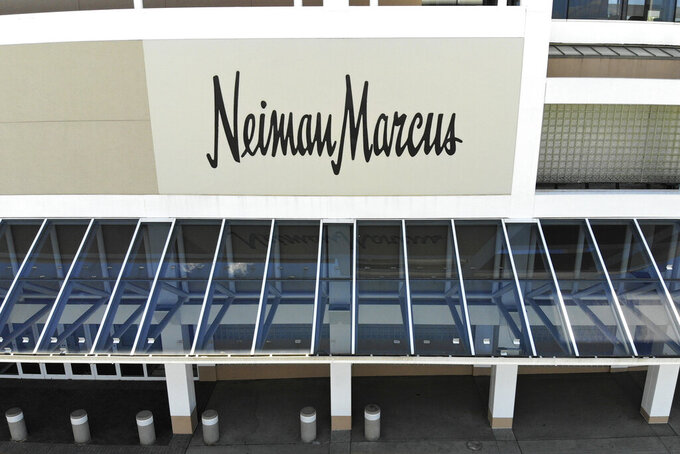 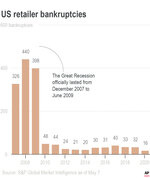 The move by the 112-year-old storied luxury department store chain was announced Thursday and follows the bankruptcy filing by J.Crew on Monday. Experts believe there will be more to come even as businesses start to reopen in parts of the country like Texas and Florida.

“Prior to COVID-19, Neiman Marcus Group was making solid progress on our journey to long-term profitable and sustainable growth," said Neiman Marcus Group CEO Geoffroy van Raemdonck in a statement. “However, like most businesses today, we are facing unprecedented disruption caused by the COVID-19 pandemic, which has placed inexorable pressure on our business.”

The filing comes as the global luxury goods sector is heading for a stunning collapse of up to 35% this year due to coronavirus lockdowns, according to Claudia D’Arpizio, a partner at Bain & Co. The forecast represents a much steeper decline than the single-digit drop recorded after the 2008 recession. D’Arpizio said it would take two to three years to return to 2019 global sales of around 281 billion euros ($303 billion).

Dallas-based Neiman Marcus, which operates 43 stores, said it expects to emerge from bankruptcy by this coming fall. A company spokeswoman said no mass closings are planned.

Like other non-essential retailers, Neiman Marcus temporarily closed its stores in mid-March. About 10 stores have been reopened for curbside pickup as some states have relaxed lockdown orders.

The filing arrived after the department store had failed to make a payment to a key bondholder as its stores went dark to help contain the spread of the virus. It was a big blow to Ares Management and the Canada Pension Plan Investment Board, which bought Neiman Marcus in 2013 for $6 billion.

More than 60% of U.S. retailers have temporarily shuttered since March, but department stores were already in a weakened state long before then. Americans are no longer interested in doing all their shopping under one roof, instead picking and choosing items like shoes or tops. When they do buy clothes, they head to T.J. Maxx and online retailers.

“Department stores have been struggling for a long time,” said Craig Johnson, president of Customer Growth Partners, a retail consultancy. “Now, it's a blood bath. How many will survive is unclear.”

J.C. Penney, which had been trying to claw its way back after a disastrous reinvention plan in 2013, recently elected not to make a $12 million debt payment. That is setting it on the path of a potential bankruptcy.

Macy’s, the nation’s largest department store, confirmed it is looking to raise debt to add more liquidity to its balance sheet. Macy’s CEO Jeff Gennette said on a conference call that it will be emerging from the pandemic as a “smaller company” and may accelerate store closures.

Nordstrom said Monday that it will permanently close 16 of its 116 full-scale department stores as it wrestles with the financial fallout of the pandemic. It said it plans a “phased approach" to reopen its stores. Last month, it said that prolonged store closures could lead to a distressed financial state.

U.S. retail sales went through an unprecedented collapse in March, plummeting 8.7% as the viral outbreak forced an almost complete lockdown of businesses nationwide, according to the Commerce Department’s report. The deterioration of sales far outpaced the previous record decline of 3.9% that took place during the depths of the Great Recession in November 2008.

To preserve cash, retailers have furloughed hundreds of thousands of workers. They’ve cut executive pay, suspended cash dividends and stock buybacks or repurchases to preserve cash. They’re drawing down their credit lines to make sure they have a bigger pile of cash on hand. And they’re cancelling or halting production for fall orders at a time when they should be planning for the holiday shopping season.

Filing for bankruptcy reorganization is particularly tricky during this time. As part of the restructuring process, retailers have to predict a 13-week cash flow projection, but retailers can’t do that when they’re not sure when stores will reopen, according to Paul Steven Singerman, co-chair of Berger Singerman, which specializes in large and complex restructuring and insolvency. Given so much uncertainty, retailers looking to restructure will have problems getting financing from lenders.

“Many of the retail cases will end up in liquidation,” he added.