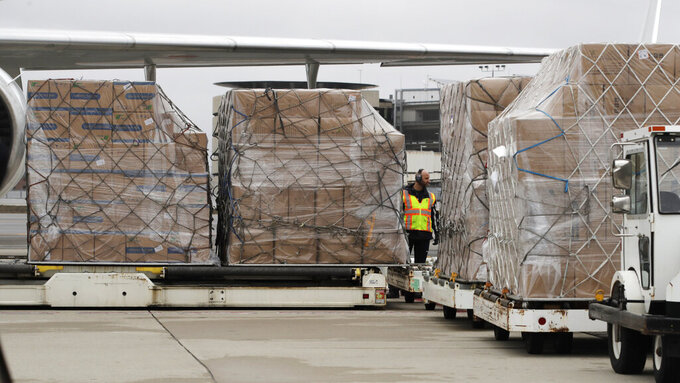 CONCORD, N.H. (AP) — A task force on reopening New Hampshire’s economy finalized its first batch of recommendations Thursday without waiting for the public to finish weighing in.

The Governor’s Economic Reopening Task Force hosted a two-hour public input session Thursday afternoon and has another set for Friday morning. In between, it approved draft plans for restaurants, retail stores, hair salons, campgrounds and drive-in movies. The plans, which were not available to the public or media during the discussion or votes, will be reviewed by public health officials and Republican Gov. Chris Sununu, who will announce details of the first phase of reopening Friday afternoon.

D.J. Bettencourt, head of the task force, said Friday’s public comments will be factored into the governor’s deliberations.

“All voices will be heard and considered,” he said.

Hair salon owners made up at least a third of the more than 60 people who called in with questions and comments Thursday. Some said they were eager and prepared to reopen, while others said they would prefer to remain closed and asked whether unemployment benefits were still an option if they chose not to open.

Many said they were concerned about having adequate personal protective equipment and cleaning supplies, and some said they wouldn’t survive financially if required to limit both the services they offer and the number of staff and clients in their shops.

“I have personal bills and business bills and I’m just staying afloat right now. To open with one stylist, one client, I would go under,” said a salon owner from North Hampton, who said she also worries about her many clients from Massachusetts bringing the virus north.

Another caller said all businesses should immediately open, and complained that everyone is being restricted by a virus that has been more deadly for the elderly population.

“Perhaps they might have lived for another 20 years, or perhaps another few weeks,” he said. “This used to be a free country. I’m very disappointed in our Republican leadership for kowtowing to the Democratic goals of more government."

Other developments in New Hampshire:

The shipment left Shanghai, China, on Wednesday and arrived Thursday afternoon. The masks will be sent to the VA for their distribution, said Sununu, a Republican. The VA will reimburse the state.

“When VA Secretary Robert Wilkie reached out to me I knew this was a mission New Hampshire could take on,” Sununu said in a news release. “We owe those on the frontlines taking care of our veterans the protection they deserve."

Wilkie said his department is proud to work with the state “as part of our ongoing effort to ensure our hospitals have access to the equipment they need to take care of our nation’s veterans."

As the coronavirus spreads across the U.S., VA health care facilities are struggling with shortages of workers and the equipment necessary to protect employees from the virus, according to VA staff and internal documents obtained by the AP.

The shipment was secured with the help of inventor Dean Kamen and others. Kamen had assisted with a previous cargo of protective equipment for New Hampshire.

More than 14,000 initial unemployment claims were filed in New Hampshire last week, down more than 6,000 from the previous week, the U.S. Department of Labor reported Thursday.

As of Thursday, 2,146 people in New Hampshire had tested positive for the virus, an increase of 96 from the previous day. Six new deaths were announced, bringing the total to 72.

Getting the word out to the public about absentee ballots and registration for the 2020 election cycle and extra costs for postage and envelopes were among the concerns Thursday of an advisory committee to the secretary of state’s office.

The committee will advise on the use of $3.2 million in federal money New Hampshire received from the coronavirus relief package to assist with elections.

Voters may request an absentee ballot for the September state primary and November general election based on concerns regarding the coronavirus.

Dartmouth College will announce by June 29 whether students will return to campus for the fall term, but officials say the most likely scenario is a combination of a remote and residential term.