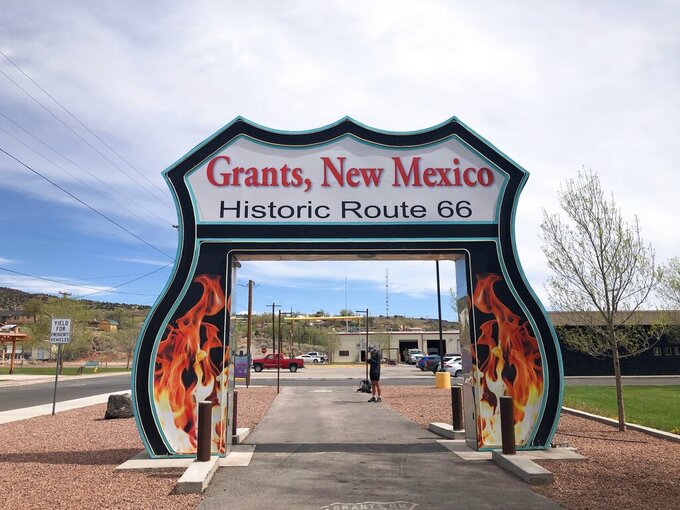 RIO RANCHO, N.M. (AP) — The New Mexico Supreme Court ordered he mayor of the small city of Grants on Thursday to comply with a health order and stop nonessential businesses from reopening.

Hicks said he would allow stores and the city’s golf course in the small western town of 9,000 residents to reopen. That came despite warnings from Gov. Michelle Lujan Grisham that state police would issue citations to businesses that don’t comply.

But the high court ruling told Hicks to properly fulfill his official duties and follow the state health orders.

“Mayor Hicks’s actions threaten to erode the footholds of progress New Mexico has made mitigating the pandemic,” the attorney general’s Civil Appellate Chief Nicholas Sydow wrote in the petition.

Sydow added: “The Mayor’s actions also foster public confusion about which orders to follow: the State’s directives to maintain social distancing and close non-essential businesses or the Mayor’s orders to permit gatherings and open the same businesses.”

Under the lockdown order in place until May 15, public gatherings are limited to five people and all businesses deemed non-essential are prevented from opening.

The mayor — a Democrat like Lujan Grisham — has called the novel coronavirus “a little bug” and has compared Lujan Grisham’s actions to prevent the spread to totalitarianism in Nazi Germany — comments that were heavily criticized by her administration.

A day after reopening the city, Hicks fired City Manager Laura Merrick Jaramillo. She told KOAT-TV her firing came after she fought the mayor’s move to open the city’s golf course due to concerns about staff safety. Hicks called the claim “a lie” but declined to give a reason for her dismissal.

State Police issued a warning Monday to the Coyote Del Malpais golf course in Grants after staff were ordered to allow about 25 golfers to use its facilities.

A Grants pawnshop began this week selling T-shirts with the word “defiant” inside New Mexico's Zia symbol, a symbol that sits on the state's flag, in support for Hicks.

State health officials on Wednesday reported more than 3,200 positive tests of the virus in the state. More than 163 people are hospitalized and 112 have died.

McKinley County, just west of Grants, is the county leading the state with the highest number of cases despite its small population.