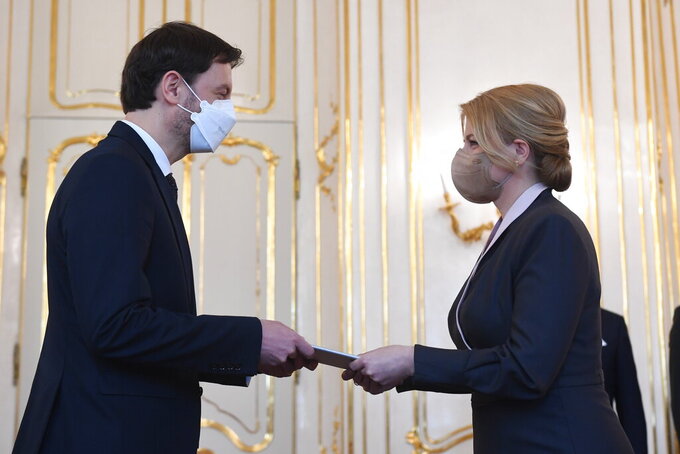 It was the first European government to collapse due to its handling of the pandemic but the move kept the same four-party coalition in power and avoided the possibility of an early election.

The crisis erupted when a secret deal came to light a month ago involving Slovakia’s agreement to acquire 2 million doses of Russia’s Sputnik V COVID-19 vaccine. The populist prime minister orchestrated the deal despite disagreement among his coalition partners.

Two of them, Freedom and Solidarity and For People, demanded his resignation in order for the coalition — which holds a comfortable parliamentary majority — to survive.

The crisis paralyzed the government in one of the hardest-hit European Union countries. The nation of 5.4 million has registered 9,790 deaths.

Heger, who is a close ally of Matovic and deputy head of his Ordinary People party, served as the finance minister and deputy prime minister in the previous government. Matovic is assuming those posts in the new government.

Beside that swap, the government has a new health minister and no immediate labor and social affairs minister who is expected to be appointed later. The rest remains the same.

After winning the parliamentary election on an anti-corruption ticket, Matovic struck a deal a year ago to govern with the pro-business Freedom and Solidarity party; the conservative For People, a party established by former President Andrej Kiska; and We Are Family, a populist right-wing group that is allied with France’s far-right National Rally party.