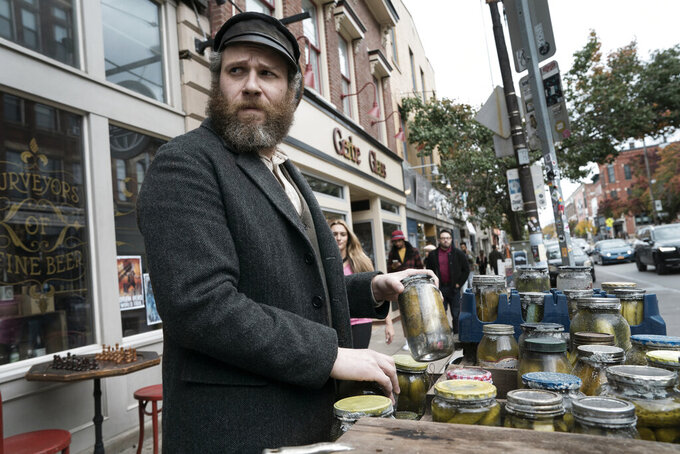 This image released by HBO Max shows Seth Rogen in a scene from "An American Pickle." Rogen plays dual roles in this film about a man from the 1920s who falls into a vat of pickle juice, wakes up fully preserved 100 years later and gets a chance to know his great-grandson _ a Brooklyn-based app developer. Part “Being There” meets “Kate & Leopold,” part Rogen-joint, “American Pickle,” has a sweet-heart and a few fun gags that’ll make this a pleasant watch when it hits HBO Max Thursday.(Hopper Stone/HBO Max via AP) 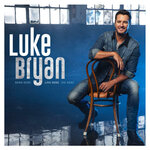 —“American Pickle”: Seth Rogen plays dual roles in this film about a man from the 1920s who falls into a vat of pickle juice, wakes up fully preserved 100 years later and gets a chance to know his great-grandson — a Brooklyn-based app developer. Part “Being There” meets “Kate & Leopold,” part Rogen-joint, “American Pickle,” has a sweet-heart and a few fun gags that’ll make this a pleasant watch when it hits HBO Max on Thursday.

—If you want to keep the warm feelings going, the good-natured “Peanut Butter Falcon” hits Amazon Video on Thursday as well. This lovely 2019 indie (and sleeper box office hit) features Shia LaBeouf and newcomer Zack Gottsagen on a Huck Finn-type journey across North Carolina. It’s a soulful performance from LaBeouf, but it’s Gottsagen, who has Down syndrome, who wins over your heart as a young wrestling-obsessed man who is determined to be free.

— “Howard”: Lyricist Howard Ashman has been gone for almost 30 years, but his witty and nimble work lives on in the songs of “Little Shop of Horrors,” “The Little Mermaid,” “Beauty and the Beast” and “Aladdin.” In this documentary streaming on Disney+ Friday, director Don Hahn tells Ashman’s story with the help of family, friends and collaborators and how he created some of his most iconic works while secretly battling AIDS.

—Country superstar Luke Bryan is looking to his roots on his seventh album. The Georgia native’s small-town values helped shape “Born Here Live Here Die Here,” his new album out on Friday. The album features the hits “Knockin’ Boots,” “What She Wants Tonight” and “One Margarita.” The 10-song set is Bryan’s first album since 2017’s “What Makes You Country” and its release was delayed because of the coronavirus pandemic.

—Jeff Foxworthy, comedian and self-declared “avid collector of a lot of different stuff,” is on a virtual treasure hunt in the new A&E series “What’s It Worth?” debuting 9 p.m. EDT Tuesday. From the safety of his Georgia home’s man cave, Foxworthy visits “everyday people” to check out their potentially valuable heirlooms, pop-culture keepsakes and such. Experts help determine whether the items have more than sentimental worth, while Foxworthy uncovers personal stories that A&E says can be “as impressive as the dollar value itself.” Two back-to-back half-hours kick off the 10-episode run.

—Of all the shows in all the world suitable for a pandemic, would too-close-for-comfort “Big Brother” be anywhere on the list? Nah. But that won’t keep it from returning 9 p.m. EDT Wednesday on CBS with an “all-star” cast including past winners, finalists and, ahem, “legends.” Contestants are being quarantined and tested for the coronavirus before entering their shared digs, face weekly tests and will avoid all contact with the crew, the network said. The game remains the same, with the housemates living together under the eye of cameras as they vie for a $500,000 prize. After its two-hour debut, “Big Brother” will air Sundays, Wednesday and Thursdays at 8 p.m. EDT.

—PBS’ “Masterpiece” delivers comfort food with the return of “Endeavour,” starring Shaun Evans as the Oxford-based British police detective. The three-episode run begins Sunday (check local listings for times) with Endeavour Morse marking the new year in Venice with a lovely companion while murder is afoot back home. Familiar characters this season include Dorothea Frazil, the newspaper editor played by Abigail Thaw — daughter of the late John Thaw, star of the original “Morse” series. More family connections: Molly-Mae Whitmey, Abigail Thaw’s daughter, plays a character based on her grandmother.