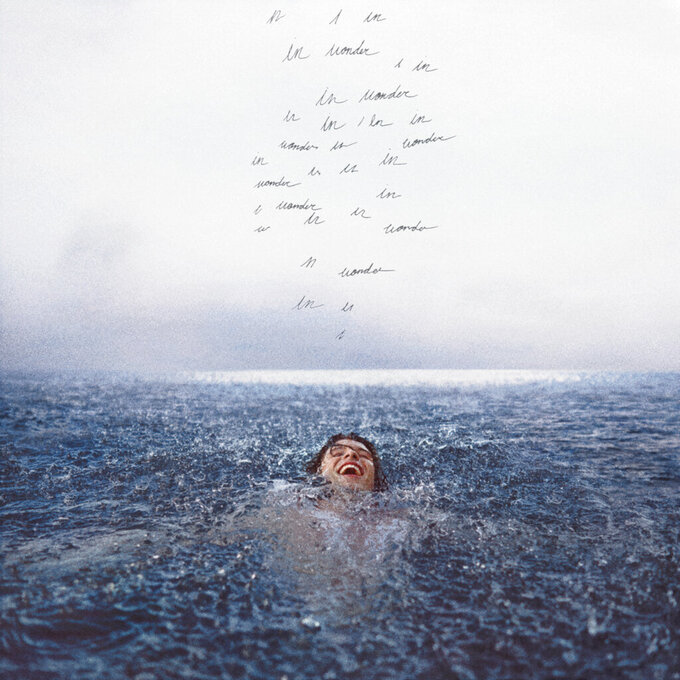 — Film history fans will get a meal out of David Fincher’s “Mank,” about “Citizen Kane” screenwriter Herman J. Mankiewicz who is masterfully played by Gary Oldman. Shot in gorgeous black and white, “Mank” transports you into the depression era studio system, Upton Sinclair’s bid for governor, William Randolph Hearst and Marion Davies’s elegant parties and to that bungalow in Victorville where the first draft of the classic Orson Welles film was composed. Available on Netflix on Friday, “Mank” is one of the year’s very best films and both a tribute to and searing critique of Hollywood’s golden age. Amanda Seyfried, as Davies, is one of the great performances of the year.

— Another film full of excellent performances is “Sound of Metal,” starring Riz Ahmed as a punk metal drummer who experiences sudden severe hearing loss. The film, which is captioned in English, dives into the world of the deaf community with Ruben (Ahmed) in a way you’ve never seen or heard before. It’s the directorial debut of Darius Marder (a writer on “The Place Beyond the Pines”), who assembled an crack team of sound mixers and editors to create a unique auditory experience to simulate what Ruben is going through as he loses his hearing entirely.

— If $30 was a little steep for your tastes to rent the new live-action “Mulan,” it’ll finally be free for Disney+ subscribers Friday. From director Niki Caro, this adaptation of the Chinese folk tale about a young woman who disguises herself as a man and takes her father’s place in the army, is breathtakingly beautiful, from the stunning landscapes to the colorful costumes. Although it may fall short on the kind of intoxicating story magic that the Disney label signifies, it is worth a watch and may just inspire some curious young viewers to delve into more Asian cinema classics. Also, if you find yourself missing the songs and Eddie Murphy, the animated 1998 version is also available on the service.

— A house is not a home during the holiday season if Mariah Carey’s “All I Want for Christmas Is You” is not blasting – daily! During a normal, non-pandemic year, Carey and her Christmas craziness would be on a holiday tour, bringing joy to fans and lambs in-person. Because live shows aren’t really a thing in 2020, she’s launching a holiday TV special on Apple TV+ on Friday. “Mariah Carey’s Magical Christmas Special” will includes a mix of musical performances and dancing with amination. Ariana Grande, Jennifer Hudson, Snoop Dogg, Tiffany Haddish, Misty Copeland and Carey’s 9-year-old twins, son Moroccan and daughter Monroe, will make special appearances.

— Shawn Mendes released his debut album in 2015 and he’s dropping his fourth effort Friday. “Wonder” continues to showcase Mendes’ growth as a singer, songwriter and performer. The album features the singles “Wonder” and “Monster” with Justin Bieber, which debuted in the Top 10 of the Billboard Hot chart this week. Along with the album is the Netflix documentary called “Shawn Mendes: In Wonder,” which is available for streaming and follows Mendes’ rise and journey over the last few years.

— Christmas came early when Carrie Underwood released her first holiday album in September, and on Thursday she’ll debut a musical TV special to accompany the album. On HBO Max’s “My Gift: A Christmas Special from Carrie Underwood” — conducted by award-winning musical director Rickey Minor — the country superstar is backed by a live orchestra, choir and her band. John Legend makes a special appearance and viewers will get a behind-the-scenes look at Underwood’s 5-year-old son, Isaiah, recording his vocals for their version of “Little Drummer Boy.”

— “Selena: The Series” is described by Netflix as a coming-of-age drama that follows Selena Quintanilla from talented youngster to musical phenom, aided by her family. A breakthrough star in male-dominated Tejano music, the singer was just shy of her 24th birthday in 1995 when she was fatally shot by a former business associate. The two-part series debuts Friday with Christian Serratos (“The Walking Dead”) as Selena and Gabriel Chavarria (“East Los Angeles’) and Ricardo Chavira (“Desperate Housewives”) among the cast members.

— The 11th and final season of the Showtime dramady “Shameless” debuts 9 p.m. EST Sunday, weaving the pandemic, urban gentrification and personal pressures into the lives of the Gallaghers of Chicago’s South Side. Aging patriarch Frank (William H. Macy) is facing the toll of longtime alcohol and drug abuse, while and Ian and Mickey (Cameron Monaghan, Noel Fisher) struggle as newlyweds. Deb (Emma Kenney) stands ready to give her all to single motherhood and Carl (Ethan Cutkosky) feels the same about his nascent law enforcement career.

— Two respected veterans are behind “A Suitable Boy,” a limited series directed by filmmaker Mira Nair (“Monsoon Wedding,” “The Namesake”) and written by Andrew Davies (“Pride and Prejudice,” “House of Cards”). An adaptation of Vikram Seth’s 1,300-plus page novel of the same name, the 1950s, India-set drama revolves around a university student who’s shaping her identity as the newly independent country does the same. The all-Indian lead cast includes Tabu (“The Namesake,” “Life of Pi”) and Tanya Maniktala. The series debuts Monday, Dec. 7, on Acorn TV.