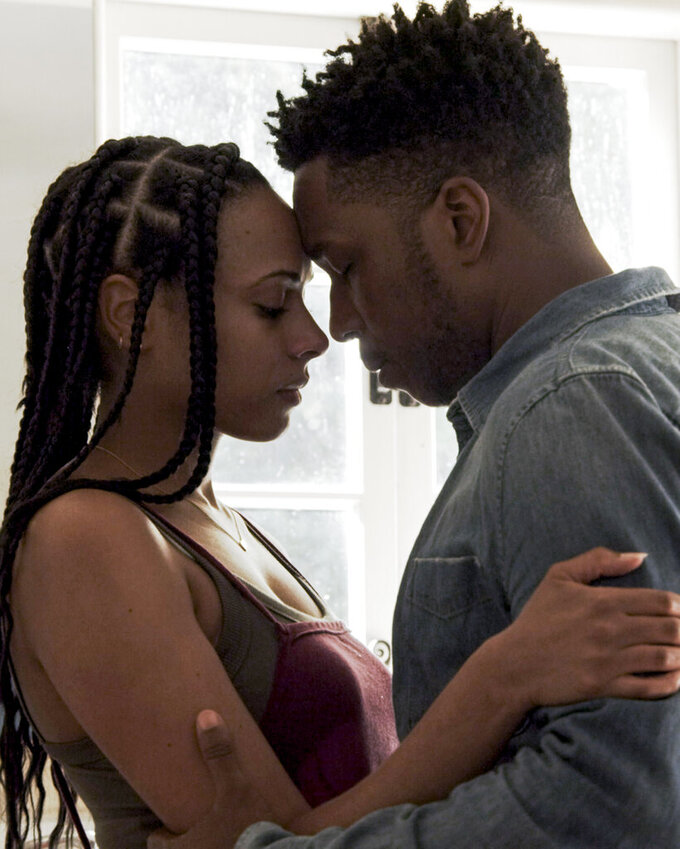 This image released by Freeform shows Nicolette Robinson, left, and Leslie Odom Jr. in a scene from "Love in the Time of Corona," a two-part series airing Aug.22-23 on Freeform. (Freeform via AP) 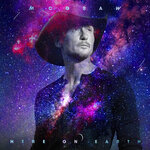 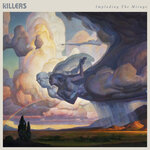 — “John Was Trying to Contact Aliens”: Matthew Killip's 16-minute short, premiering Friday on Netflix, won the jury award for short non-fiction film at the Sundance Film Festival, and it's about as charming as a little movie can be. It's about a man in northern Michigan named John Shepherd who became obsessed with contacting extraterrestrial life. From his youth living with his parents and onward, he fills his home with all manner of computing and radar gear. Mostly he plays DJ, beaming out music — Kraftwerk, Art Blakey, Harmonium — to the cosmos. The twist is that “John Was Trying to Contact Aliens” is about finding love here on Earth. See it if for its tenderness and top-notch beards.

— "The 24th": Kevin Willmott is best known for his screenwriting collaborations with Spike Lee ("Chi-Raq," “BlacKkKlansman,” “Da 5 Bloods”) but he's also a filmmaker in his own right with a strong interest in African-American history. His latest, which Vertical Entertainment will release for digital rental Friday, dramatizes the 1917 Houston riot in which soldiers of the Third Battalion of the all-Black Twenty-fourth United States Infantry Regiment, stationed in segregated Texas, mutinied after harassment by the Houston Police Department. The film is a powerfully relevant tale of service, sacrifice and oppression.

— “Desert One": The latest from famed documentary filmmaker Barbara Kopple ("Harlan County, U.S.A.") chronicles the disastrous U.S. rescue mission during the Iran-hostage crisis. Kopple interviews many of the participants in the debacle, including Delta Force soldiers, commanders, hostages and former President Jimmy Carter. “Desert One," a production of the History Channel, opens Friday in virtual cinemas and in some open theaters.

— The coronavirus pandemic might have derailed The Killers’ tour and pushed back its sixth album release, but “Imploding the Mirage” is being released Friday. It’s the follow-up to the band’s 2017 album “Wonderful Wonderful” and was recorded in Los Angeles, Las Vegas and Park City, Utah. Featured guests include Lindsey Buckingham, k.d. lang, Weyes Blood, Adam Granduciel, Blake Mills and Lucius.

— The Democratic Party has the dubious honor of pioneering the pandemic’s first virtual national convention, with its four-day meeting starting Monday. TV networks are covering the event, but it’s unclear what will replace the usual cheering throngs and balloon drops. ABC, CBS and NBC have committed to an hour of coverage at 10 to 11 p.m. EDT nightly, as has the Fox News Channel, with CNN and MSNBC making both the Democratic and Republican conventions their prime-time focus. The GOP gathering is set for Aug. 24-27. Maybe sports teams can lend bipartisan cardboard fan cutouts to fill the delegate vacuums for both.

— The summer TV doldrums are well upon us, when reruns and reality dominate. Here’s an alternative: films about television that are worth re-watching or, if you’re lucky, discovering for the first time. “My Favorite Year” is a comic charmer about the small screen’s early days, featuring the peerless Peter O’Toole. “Tootsie” starring Dustin Hoffman and “Soapdish” with Sally Field are delicious soap-opera sendups. Clinging to a somber mood? Check out “The Truman Show” with Jim Carrey, a prescient depiction of reality TV, and “Network,” an even bleaker bellwether for the medium and the society it reflects. Each can be rented for about $2 to $3 on various streaming services.

— Pandemic pressures and emotional longing are explored in “Love in the Time of Coronavirus,” a two-night, limited series debuting Saturday and Sunday, Aug. 22 and 23, at 8 p.m. EDT on Freeform (then available on Hulu). The series was shot in the cast members’ homes and includes some real-life partners. The four interwoven stories about a married couple (Leslie Odom Jr., Nicolette Robinson); roommates (Tommy Dorfman, Rainey Qualley); an estranged couple and their daughter (Gil Bellows, Rya Kihlstedt, Ava Bellows) and a wife alone on her anniversary (L. Scott Caldwell).