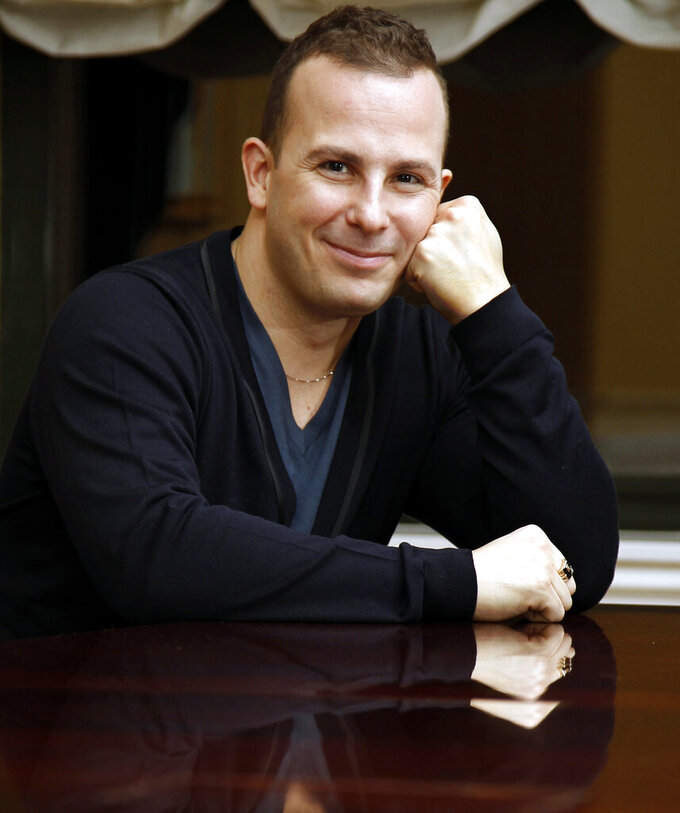 NEW YORK (AP) — Yannick Nézet-Séguin’s earned $392,152 during his first portion of his first season as the Metropolitan Opera's music director, about a quarter of what James Levine earned in his last full season as music director emeritus.

Nézet-Séguin’s compensation in the 2018-19 fiscal year became public when the company’s tax return was released Friday. The Met said later the figure included only money paid from Aug. 1, through Dec. 31, 2018, and did not include the rest of the fiscal year, which runs through the following July 31.

Nézet-Séguin’s total listed on the return was only slightly more than concertmaster David Chan at $366,823 and less than chorus master Donald Palumbo at $498,993.

Levine was music or artistic director from 1976-2016, then became music director emeritus after the 2016-17 season. He was fired in March 2018 after an investigation found evidence of sexual abuse and harassment. He has denied any wrongdoing.

Nézet-Séguin started as music director in 2018-19, two years ahead of schedule, and conducted three operas. He is scheduled to conduct six next season, which likely will be curtailed due to the coronavirus pandemic, and his salary will increase along with his administrative work.

Nézet-Séguin earned $1,380,667 from the Philadelphia Orchestra, where he also is music director, in the return for the year ending Aug. 31, 2018. He will continue in that job.

The Met has the largest budget among U.S. performing arts organizations and sold 70% of box office capacity this past season, cut short two months early because of the contagion that forced cancellation of 58 of the 217 originally scheduled performances.

With the start of regular Sunday afternoon performances, the box office rose 1% from 2018-19 and was on track to finish at 72% had the season been completed, according to Gelb. Tickets sold, not accounting for discounting, would have finished at 76%, an increase of 1%.

The company’s tax return listed income of $307.5 million and expenses of $313.4 million for the fiscal year but the Met broke even, according to Gelb, when including investment trusts and other tax adjustments, such as deducting unrealized gains. It forecasts a potential cash loss of up to $60 million for 2019-20 due the pandemic and started an emergency fundraising campaign. The company has received money from 19,000 new donors and increased subscribers to its on-demand streaming service from 15,000 to 33,000.

Gelb has given up his salary, which was $1.49 million in 2018-19, for the remainder of the pandemic and senior staff have taken pay cuts. The orchestra, chorus and other union workers have been furloughed along with 41 administrative employees, nearly 20% of its full-time staff.

Scheduled technical rehearsals this summer for new productions have been canceled, jeopardizing next season’s planned stagings of Verdi’s “Aida,” Prokofiev’s “The Fiery Angel,” Mozart’s “Die Zauberflöte” and “Don Giovanni” and Jake Heggie’s “Dead Man Walking.” The season is slated to start Sept. 21, and the fall portion appears at risk.

“Social distancing and rehearsing and performing at the Met are contradictory,” Gelb said. “There’s no way that I can imagine with a company the size of the Met, with hundreds of artists involved in each performance and the size of the auditorium, which is five times larger than the average Broadway theater — it is hard to imagine under those circumstances that we will be performing until such time as it is safe to do so.”