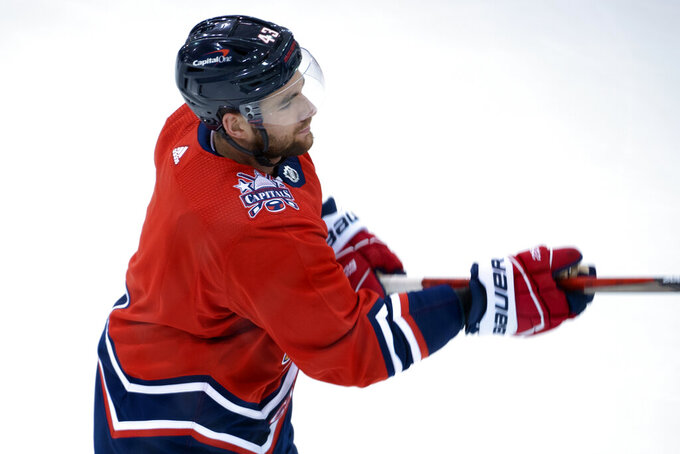 The Stanley Cup champion Tampa Bay Lightning will host the Chicago Blackhawks in one of five games to open the NHL’s coronavirus pandemic-shortened 2021 season on Jan. 13.

The league released a first-of-its kind schedule Wednesday featuring four realigned divisions based on geography and limited to division play only. Each team will play 56 regular-season games, which will be squeezed into what’s tentatively scheduled as a 116-day stretch ending on May 8.

It includes an NHL first: An all-Canadian North Division made up the nation’s seven teams will play each other nine or 10 times. The three remaining eight-team divisions have all U.S. teams, which will face each division foe eight times.

Though the playoffs are set to open May 11, that date could be pushed back in the event the league is required to reschedule games amid the pandemic.

Though the schedule is set, much remains undetermined, including game times. A much bigger question is whether the NHL receives approval from Canada’s provincial and federal health officials to allow the nation’s teams to play in their home cities.

The San Jose Sharks, meantime, will open training camp Dec. 31 in Scottsdale, Arizona, and their season with two games at the Coyotes. Like the NFL's San Francisco 49ers who are closing out their season at Arizona, the Sharks are temporarily without a home after Santa Clara County banned contact sports through at least Jan. 8.

The NHL took into account the possibility of the ban being extended by having the Sharks open with eight straight road games. Their home opener against Vegas isn’t scheduled until Feb. 1.

There are numerous quirks in the schedule, which will feature at least one game a day over an 868-game season, and has teams playing mostly two-game sets against the same opponent in the same city to reduce travel:

— The Sharks have three stretches in which they will play the same opponent four consecutive times, twice at home and twice on the road.

— Vancouver will play three-game home sets against Montreal, Ottawa and Calgary, and a three-game set at Toronto.

— The Los Angeles Kings and Anaheim Ducks will face each other five consecutive times from April 20 to May 1.

“The back-to-backs are more like baseball,” Washington Capitals general manager Brian MacLellan said. “You are going to do a lot of prep and then going to have a very good knowledge of where that team is at after you play that first game.”

The Islanders for example, will close the season playing nine of their final 11 games within the state of New York, with the exception of games at nearby New Jersey and Philadelphia.

In the North, Ottawa has a stretch of 15 games in which the Senators will play 12 at home, with two trips to nearby Montreal and a game at provincial rival Toronto.

On the other hand, the St. Louis Blues, members of the realigned West, have a 12-game stretch in which they will play 10 times in the state of California.

Arizona’s schedule features the Coyotes playing a league-high 10 consecutive home games, though the Coyotes will also play eight straight on the road at one point.

The realigned Central is the NHL’s most wide-spread U.S. division and made up of Carolina, Chicago, Columbus, Dallas, Detroit, Florida, Nashville and Tampa Bay. The schedule features the non-Florida teams doubling up on playing two-game road sets against the Panthers and Lightning on the same trip.

“I think you need to get off to a good start. I think every game is going to be intense,” MacLellan said. “I expect high-intensity games throughout the whole schedule.”