No. 22 Army seeks road breakthrough at No. 14 Cincinnati 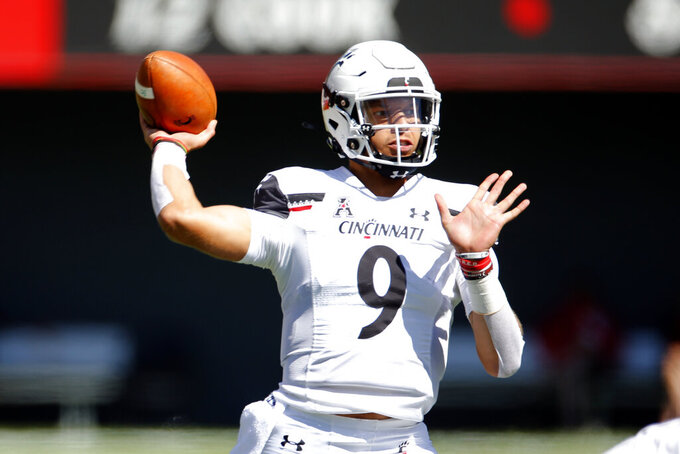 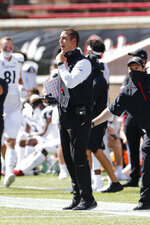 CINCINNATI (AP) — When Cincinnati lost three games from its nonconference schedule, the Bearcats looked around for someone to give them a good test before American Athletic Conference play begins. Army and its daunting triple-option offense were available.

Neither side realized what stakes would be involved when they play a quickly scheduled game at Nippert Stadium on Saturday.

“You didn't really know how the season was going to go,” Cincinnati coach Luke Fickell said. “We were curious if we were going to get games in or miss some games. It was, ‘Hey, let’s take any opportunity we have to play the game.' There's only one way to get better and that's playing.”

Army also was glad to get the matchup of two ranked teams. The Black Knights beat Middle Tennessee State 42-0 and Louisiana-Monroe 37-7 — both at West Point — but a home game against BYU scheduled for last Saturday was called off. They, too, were looking to fill an opening.

“We got an extra week to prepare for Cincinnati,” quarterback Christian Anderson said. “That's a huge advantage for us, just more practice and more time to get ready for them.”

It's also an opportunity to get a breakthrough win. Army hasn't beaten a ranked team on the road since 1958.

Cincinnati originally was scheduled to play at Nebraska on Saturday until the Big Ten canceled football. The Bearcats also lost games against Western Michigan and Miami of Ohio when the Mid-American Conference also called off football because of COVID-19 concerns, leaving them with only a game against Austin Peay on the nonconference schedule. They booked the game with Army on Aug. 26. Cincinnati will play a return game at Michie Stadium on Oct. 4, 2031.

Because of pandemic protocols, no fans will be allowed at Nippert Stadium, which is located in the middle of Cincinnati's campus. Only family members and a limited number of cheerleaders and band members are allowed in the stadium. A small contingent of UC's Air Force and Army ROTC cadets will be permitted in the stands for the Army game.

The win over Austin Peay was Cincinnati's first experience of an empty stadium.

“In reality, our kids didn't have a problem with it,” Fickell said. “They actually handled it really well. The band and the cheerleaders did create some semblance of a good environment.”

While the Army offense has been purring, leading the nation in rushing (389.5 yards per game) and third down conversion percentage (.714), the defense has been good, too. The Black Knights rank fourth nationally in total defense (192 yards per game) and fifth in rushing defense (56). They also rank third in turnover margin (2.5) with three fumble recoveries and three interceptions.