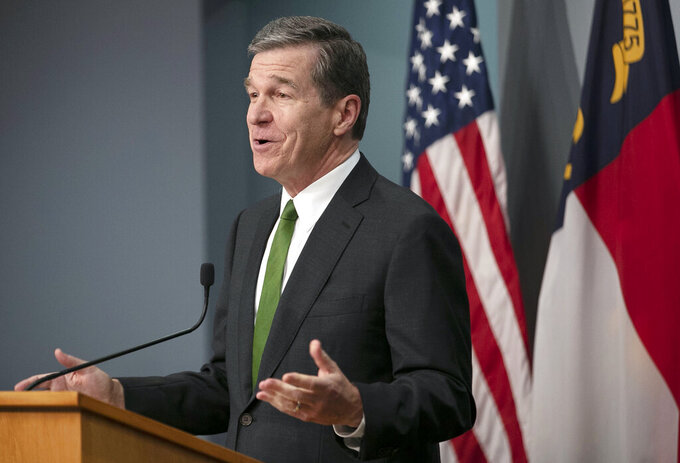 The state will pick the remaining three cash and scholarship winners on July 7, July 21 and Aug. 4.

When Wyramon initially got a call last week informing her of her victory, she was convinced it was not real. It was not until she hopped on a video call with Dr. Mandy Cohen, the state's top public official, when she accepted that she won.

“I still don't believe. To believe that you're going to win $1 million, it's absolutely unbelievable. Our family's still in shock,” Wyramon said.

Martinez, a high school freshman in Wilmington, had just started a summer job so she could save for college and was surprised when she got the news she had won the $125,000 prize. She said she had loved ones die from COVID-19, which motivated her to get vaccinated at a mall once she learned she was eligible. She also convinced her mom to get the shot.

“After seeing so many people suffering that are young and lost some loved ones really close to me, I did my research on it and I decided to get the vaccine because it was safe for me (and) it was safe for my family," Martinez said.

Democratic Gov. Roy Cooper and state health officials hope word about the lottery will spread now that the first winners have been announced. Within the first two weeks of the state announcing the $4.5 lottery package, about 118,000 residents got their first shot.

Cohen said other states have seen larger bumps in vaccinations because they announced their lotteries earlier than North Carolina. Cooper said the state is not going to hit its goal of getting two-thirds of adults at least partially vaccinated by July 4.

State health data shows 53% of eligible vaccine recipients at least 12 years old and 55% of adults 18 or older have gotten at least one shot, which is well below the national average of 63% and 66%, respectively. North Carolina is near the bottom in the United States in vaccinations, ranking 12th worst in the nation in shots administered per capita and 2nd worst among states with a Democratic governor, according to data from the U.S. Centers for Disease Control and Prevention.

“We've got to pull out all the stops to get this done, so that's what we're doing," Cooper said. “Whatever brings people in to get their vaccinations, we want to do. One of the things I know we have to do is to do this one person, one household, one telephone call, one shot at a time. That's where we are right now."