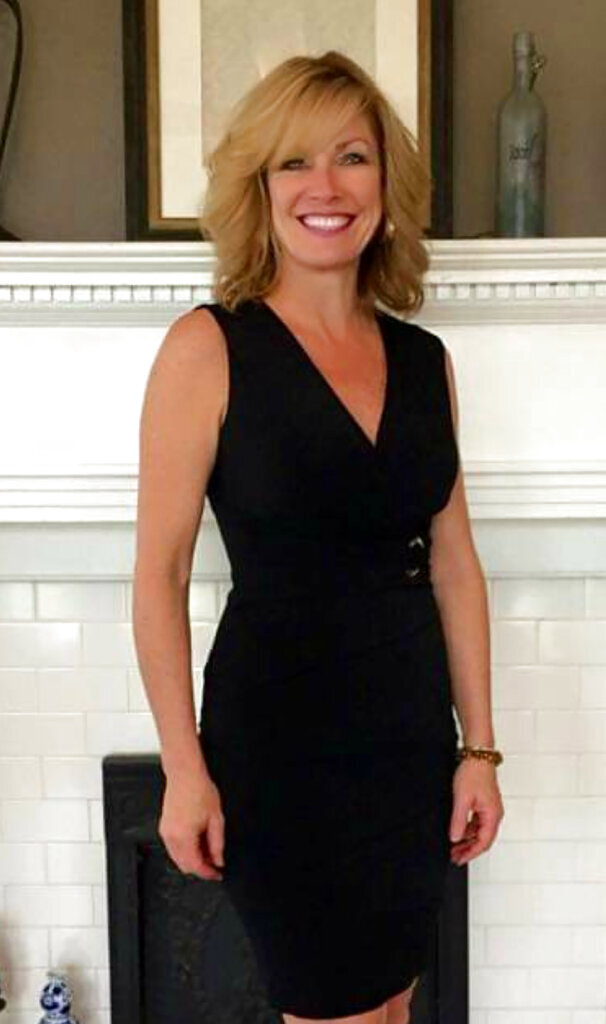 This undated photo provided by Brittany Moss shows Paige Gore. Gore, a salon owner in Gastonia, N.C., is concerned for herself and the 10 women who work for her because the state shut down hair salons and barber shops to prevent the spread of the new coronavirus. (Brittany Moss via AP)

As North Carolina businesses sit idle during the COVID-19 pandemic, business owners sit anxiously and wonder when — or if — they'll get back to work.

In Raleigh, an events planner is concerned that large gatherings may not resume for more than a year. To the west in Gastonia, a salon owner is concerned for herself and the 10 women who work for her because the state shut down hair salons and barber shops to prevent the spread of the virus.

North Carolina’s unemployment claims fell for the second consecutive week, according to new data released Thursday. But the decline was small and hardly belies the massive number of state workers seeking help after layoffs caused by COVID-19 closings.

Applications for temporary unemployment assistance for the week ending last Saturday totaled more than 97,000, or 8.5% lower than the week before, according to the U.S. Labor Department’s Employment and Training Administration.

Elizabeth Peeler was working on a conference scheduled for mid-March. Organizers began wondering in February whether to proceed. Sponsors, speakers and attendees soon began pulling out. Ultimately the meeting was canceled.

Peeler said some predict it could be 2022 before the conference industry bounces back.

“The meeting industry was really going strong up until this point in time,” she said.

Gov. Roy Cooper said Thursday he hopes virus data trends will allow the state to begin a phased easing of business restrictions after May 8, when his stay-home order is set to expire. But he said the virus data that will determine how fast the state can reopen remains mixed.

“We remain hopeful that the trends will be stable enough to move us into phase one next week. My message today is to stay vigilant,” he said.

For example, State Health and Human Services Secretary Mandy Cohen said there has been a recent uptick of people arriving at emergency rooms exhibiting symptoms consistent with COVID 19, even though use of hospital beds by COVID patients sick enough to be admitted has been leveling.

On Thursday, the state reported approximately 10,500 positive cases, an increase of about 560 from the previous day, the biggest one-day jump in cases yet. There have been about 380 deaths from the virus, and about 550 people are currently hospitalized.

For now, Peeler, the event planner, is sending out resumes in search of a job. She has just become eligible for unemployment benefits as a small-business owner, and she applied to for a federal program which yielded $1,000. She's still waiting on money from the Payroll Protection Program, saying her bank ran out of funds in the initial run.

She and her family are living with her parents. They sold their home and had already planned to stay with her parents while waiting for their new home to be built. Still, Peeler, grateful that there's no mortgage payment at the moment, puts it in perspective.

“I can't stop thinking about folks who have been shut into homes with abusive parents or spouses, people who don't have any income or didn't have any available credit, couldn't buy groceries,” she said. “I'm very thankful that we're not in that kind of a situation.”

Paige Gore owns Salon Indigo in Gastonia, where her 10-woman staff is out of work. At the same time, her husband lost work as a truck driver and is now delivering the local newspaper for income.

“We’re doing what we have to do. We’re survivors," Gore said, talking about her family. "It’s scary and it’s not always fun.”

Gore said that she applied for a small business loan but “there was no money.”

Gore hopes restrictions on salons will be relaxed soon.

“Just open with using the masks and everything we're supposed to do,” she said. “I think that would save a lot of people.”