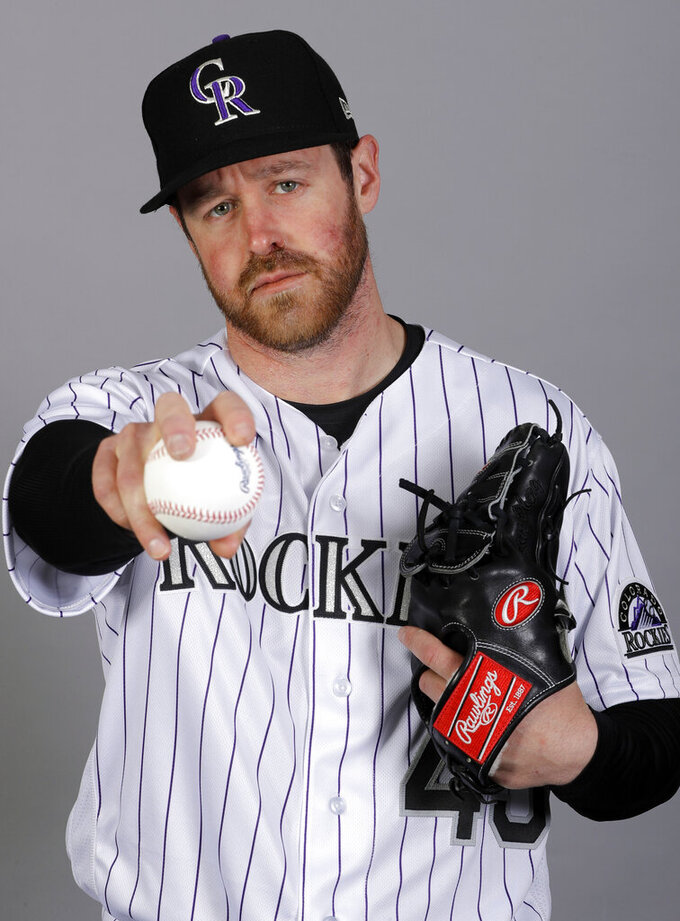 FILE - This is a 2020 photo of Scott Oberg of the Colorado Rockies baseball team. Oberg is steadily making his way back to the mound after sitting out last season due to blood clots in his pitching arm. it was the third time over his career the clots have surfaced. (AP Photo/Darron Cummings, File)

The procedure was performed at the Mayo Clinic in Scottsdale, Arizona. There's no timetable for his return.

This marks the fourth time he's dealt with blood clots in his career. He was optimistic the issue was under control after undergoing thoracic outlet surgery last September.

It's a big blow to the Colorado bullpen. Oberg pitched four innings this spring without allowing a run.

Oberg, who turned 31 on March 13, was steadily working his way back to the mound after missing all of the 2020 pandemic-shortened season due to a blood clot.

He hasn’t appeared in a big league games since Aug. 16, 2019, against Miami. A few days after that outing, he went on the injured list with axillary artery thrombosis (blood clot) in his right arm.

When baseball returned last summer, Oberg began the abbreviated season sidelined by a back injury. Soon after, the blood-clot issue in his arm again ended his season.

Oberg went through genetic testing after the first time the clot happened in 2016. That link was ruled out.

Oberg, a 15th-round pick by Colorado in 2012, was the winner when the Rockies won the 2018 NL wild card game against the Chicago Cubs. He struck out all four batters he faced.