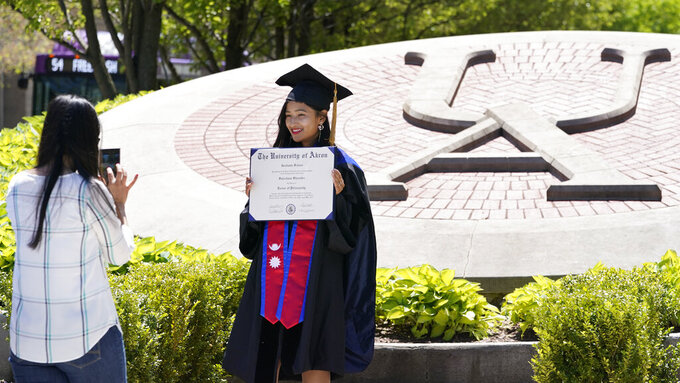 The winners were selected in a random drawing Monday and had their information confirmed before the formal announcement at the end of the Ohio Lottery’s Cash Explosion TV show.

The lottery announced that Abbigail Bugenske of Silverton near Cincinnati was the $1 million winner, while Joseph Costello of Englewood near Dayton was the college scholarship winner.

“We’re excited that this has inspired so many Ohioans to get vaccinated, and we’re thrilled to announce the winners of the first round of drawings,” said Gov. Mike DeWine.

This story has been corrected to show that the winners were drawn from more than 2.7 million entrants, not 1.5 million.