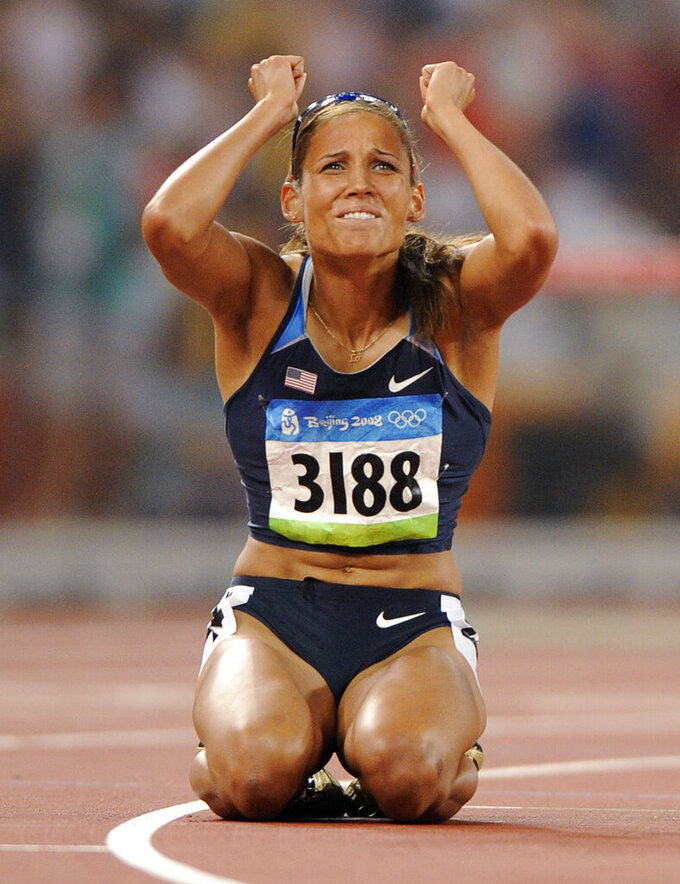 FILE - In this Aug. 19, 2008, file photo, United States' LoLo Jones reacts after the women's 100-meter hurdles final during the athletics competitions in the National Stadium at the Beijing Olympics in Beijing. When Lolo Jones opens her book, “Over It,” she doesn’t start with her biggest accomplishment. Instead, she opens with the “most painful race” of her career—the 100-meter hurdles at the 2008 Beijing Olympics.(AP Photo/Mark J. Terrill, File) 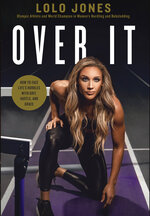 Lolo Jones doesn't kick off her book, “Over It,” with her biggest accomplishment.

She could have described how it felt to be one of a few athletes to qualify for both the winter and summer Olympics. She could have written about winning gold at the bobsled World Championships earlier this year.

Instead, she opens with what she calls the “most painful race” of her career — the 100-meter hurdles at the 2008 Beijing Olympics.

Jones was favored to win, but she clipped the second-to-last hurdle and finished in seventh place.

“I was one hurdle away from winning an Olympic gold medal,” Jones said. “It was a huge failure, but I pivoted.”

Jones went on to qualify for two more Olympic competitions. She ran in the 100-meter hurdles again in 2012, and in 2014 she competed on the U.S. bobsled team.

While she has yet to win Olympic gold, she hopes her book will be an inspiration to others to persevere in the face of adversity.

An avid reader, she’s read self-help books by people who've triumphed in their chosen field. But she wanted to know: “Where is the book about someone who’s still in the battle, who’s still frustrated, who doesn’t know if it will work out?”

With “Over It,” Jones said she wants to demonstrate “that you can actually turn the bad into good.”

“I used that failure to pivot into some of my biggest wins,” Jones said. “Had that not happened, I wouldn’t have been one of the 10 Americans in the history of the Olympics to go on to compete in the summer and winter games.”

Though Jones is deeply competitive — the lack of competition during the pandemic led her to join MTV’s reality show “The Challenge” — she says she wasn’t always that way. She developed that mentality on the track, where she realized “how fun it was to just kind of push yourself and see if you can improve.”

At 38, she hasn’t given up on her dreams, but her goals have shifted again. The pandemic led Jones to set the Tokyo Games aside and focus on training for next year's winter Olympics in Beijing.

“It completely shut me down and changed my whole course,” Jones said. “I was training for my last summer Olympics; I was planning on being currently retired.”

Instead, Jones returned to bobsled, a move she was not anticipating.

“All my plans were being ripped away,” she said. “And I think that happened to a lot of people.”

Jones worked her way back into shape after years off from the sport. Eventually, she became the brakewoman for Kaillie Humphries and won gold at this year's World Championships.

“I tried to win a world championship in bobsled even at my prime, and I was never able to do it,” she said. “So, to be able to do it at the end of my career was something that was quite special.”

It was the motivation she needed to focus on returning to Beijing — the site of her crushing loss 13 years ago.

In the meantime, she'll be cheering for U.S. athletes in Tokyo.

“Obviously, Simone Biles is the GOAT,” Jones said. “I can’t wait to see how it all unfolds for her in Tokyo.”