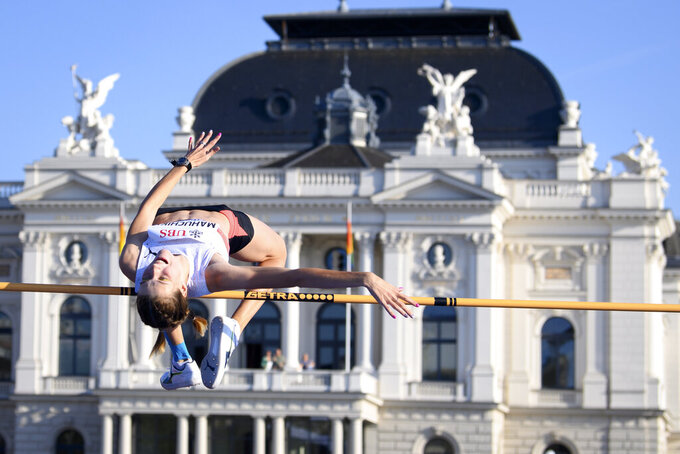 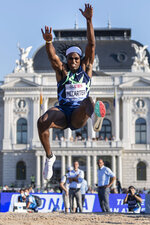 Another stellar three-way contest was sealed by Lasitskene going one centimeter beyond her title-winning clearance from the Tokyo Olympics. It also earned the Russian a $30,000 prize for winners on the season-long Diamond League circuit.

It was the first time a women’s high jump podium all cleared 2.01 since the Diamond League launched in 2010.

The event was the high point of an innovative start to the two-day finals meeting, which features all 32 track and field disciplines for men and women.

Zurich’s historic Opera House was the backdrop for seven events on a sun-bathed evening at a temporary lakeside site downtown.

Other winners Wednesday included an American double in shot put for Olympic champion Ryan Crouser, at a meet record 22.67 meters, and Maggie Ewen with her season-best 19.41.

Thursday’s action is more like a traditional storied Weltklasse meeting at the city’s Letzigrund track and soccer stadium.