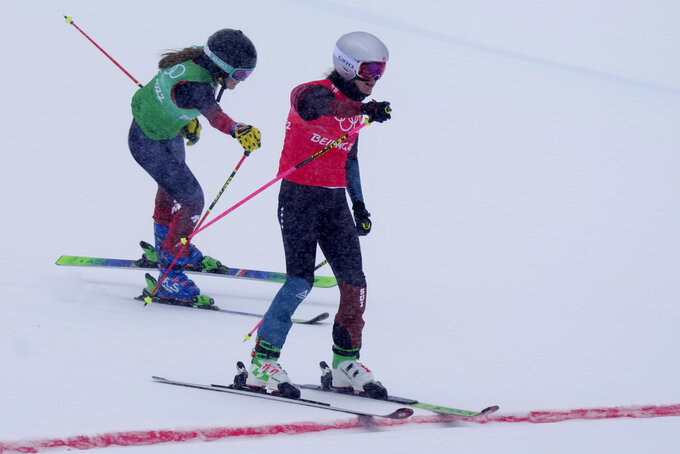 GENEVA (AP) — Nine days after the race at the Beijing Olympics, the bronze medal in women’s skicross was changed on appeal Saturday.

Fanny Smith of Switzerland will now be awarded the bronze medal after she was wrongly demoted to fourth in China, the International Ski Federation (FIS) said in a statement.

Smith was blamed for causing contact with other skiers during the Feb. 17 race and lost her third-place finish by a ruling of the FIS race jury. Daniela Maier of Germany was upgraded from fourth to get the bronze that she now loses.

That jury decision was wrong, FIS said after an appeal by Smith and the Swiss ski federation.

“The Appeals Commission found that the close proximity of the racers at that moment resulted in action that was neither intentional or avoidable,” FIS said.

Smith should therefore have been issued a warning rather than the yellow card judgment which required her to be demoted.

The incident did not affect gold medalist Sandra Naeslund of Sweden and silver medalist Marielle Thompson of Canada.