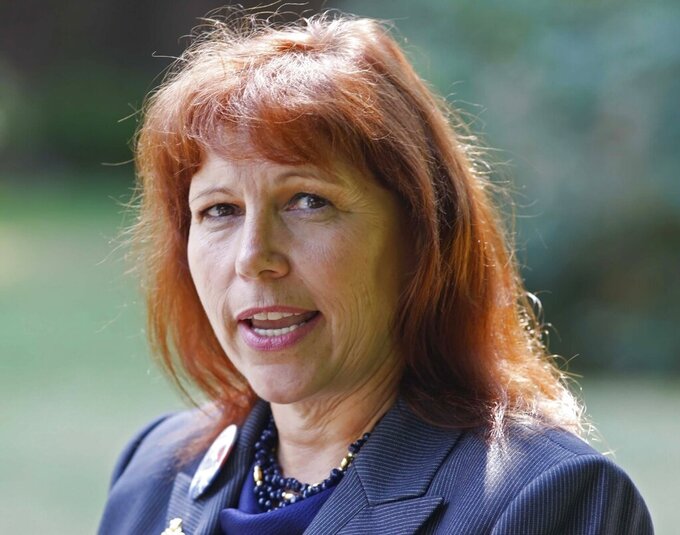 Merkley defeated Republican Jo Rae Perkins, who made national headlines this year for her support of the wide ranging and baseless QAnon internet conspiracy theory and “science denialism” during the pandemic.

“Tonight Oregonians have made their voices heard — loud and clear. Our Oregonians have rejected the politics of hate and division and they have chosen a path of hope and healing,” Merkley said during the Democratic Party of Oregon's election night celebration. “I feel really honored that Oregonians have elected me to serve a third term for Senate.”

The incumbent’s win keeps Democrats holding both of the state’s Senate seats, the other Democrat being Sen. Ron Wyden.

“Jeff is a leader on so many of the issues we care about — climate change, human rights and priorities that really matter to working families. He has been a wonderful partner in the United States Senate,” Wyden said during the celebration.

Before Merkley’s election to the Senate, he was a five-term member of the Oregon House of Representatives, serving as speaker of the house from 2007 to 2009.

Merkley said that having grown up in a blue-collar family “he never anticipated or imagined” serving the U.S. Senate.

“That is something that rich and powerful that connected people do. Not boys growing up in blue collar communities,” Merkley said. “But, America affords opportunities that I think begin with good families, strong families and strong public schools.”

Perkins, Merkley's challenger and a staunch supporter of President Donald Trump, ran for the Senate in 2014 and for the U.S. House in 2016 and 2018. She failed to win primary contests until this year when she won 49% of the Republican vote against three other challengers.

Perkins, who has had a career as a real estate agent, personal banker, financial advisor and insurance agent, holds views that largely align with Trump’s. She is in favor of expanding the U.S.-Mexico border wall and passing laws that limit or stop federal dollars to places that have declared “sanctuary” status on cooperating with federal immigration authorities.

She also supports the Second Amendment and is anti-abortion, receiving the endorsement of Oregon Right to Life PAC, a political action committee that raises money and makes contributions to campaigns of political candidates or parties.

Perkins made national headlines earlier this year for her references to QAnon in a now-deleted video that she posted after winning the primary election. QAnon is a baseless internet conspiracy theory that claims a shadowy cabal of liberal elites who are Satan-worshipping pedophiles runs a global child sex-trafficking ring. Many supporters of the theory say Trump is waging a secret campaign against enemies in the “deep state.”

The day after Perkins’ video was posted, her campaign released a statement saying that she was not a follower of QAnon. Perkins said that she uses QAnon message boards as merely a “source of information,” posting articles from various media outlets, tweets and unclassified government documents.

While Merkley thanked residents for electing him to another term, the focus of his speech during Tuesday night's virtual celebration was on the presidential election, which is still being decided.

“There is no doubt that this is a great moment of tension for our nation. The divisions are really deep. The chasm is broad,” Merkley said. “But, I believe that we tonight have an opportunity — if we win the presidential race and we win the Senate — that will launch a new and brighter chapter in our national journey. In that brighter chapter, democracy will prevail.”

Merkley, one of the most liberal members of the Senate, has been outspoken about topics surrounding climate change and recently criticized Trump for suggesting forest management is to be blamed for wildfires. He has created legislation that aims to eliminate carbon emissions by 2050.

Merkley, 64, considered running for president in 2020 but chose to run for reelection to the Senate instead. The Democrat was the only U.S. Senator to endorse Bernie Sanders in the 2016 Democratic presidential primaries.

“Tonight Oregonians have rendered their judgement,” Merkley said. “It is a judgement that I am hoping echoes across the land and becomes a judgement of the nation when the final electoral college votes are counted — Donald Trump, you are fired.”

Cline is a corps member for the Associated Press/Report for America Statehouse News Initiative. Report for America is a nonprofit national service program that places journalists in local newsrooms to report on undercovered issues.